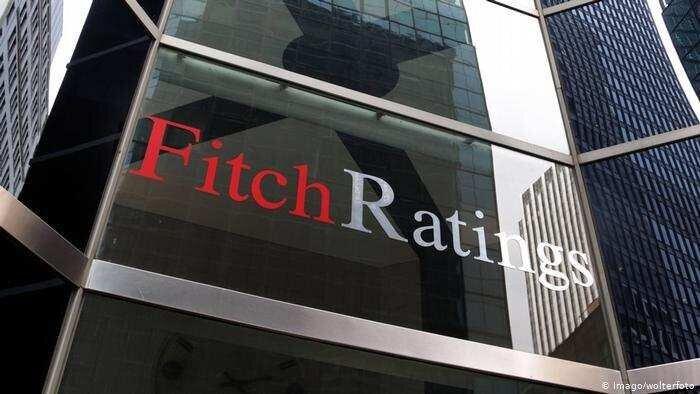 Back
Fitch Ratings - Moscow - 21 Jan 2021: Fitch Ratings has downgraded three systemically important Georgian banks' Support Ratings to '5' from '4' and revised the banks' Support Rating Floors (SRFs) to 'No Floor' from 'B'. The ratings have been removed from Rating Watch Negative (RWN). The affected banks are JSC TBC Bank (TBC), JSC Bank of Georgia (BOG) and JSC Liberty Bank (LB). The rating actions follow the recent introduction of bank resolution legislation.
All other ratings are unaffected, including the banks' Long-Term Issuer Default Ratings of 'BB-' (TBC and BOG) and 'B+' (LB).
Key Rating Drivers
The rating actions reflect the recent adoption of legislation on Georgia's bank resolution framework, which in Fitch's view provides a credible mechanism for the bail-in of senior creditors in the event of bank failures. We believe that this legislation, combined with constraints on the ability of the authorities to provide support, mean that government bail-outs, although still possible, can no longer be relied upon.
Georgia's bail-in regime is to a large degree in line with frameworks introduced in many developed markets by providing the authorities with a clear mechanism to impose the cost of a failed bank onto creditors rather than taxpayers without initiating bankruptcy proceedings.
The regime does not provide for mandatory senior creditor bail-in in case of failure, but instead states that decisions on bail-in and/or support will be at the sole discretion of the authorities, based on such considerations as broader financial market stability and the ability of the bank to continue its key operations. This suggests that support for senior creditors is still possible, but the adoption of the resolution framework, combined with constraints on support ability, mean that support can no longer be relied upon, in our view.
We believe that the ability of the authorities to provide support is limited primarily because of the high dollarisation of the banking system, with 62% of total liabilities being denominated in foreign currencies (FC) at end-11M20. The banking system's FC liabilities of USD9.4 billion exceed the National Bank's foreign-exchange reserves of USD3.9 billion. As a result, Fitch sees a significant risk of banks' need for government support coinciding with heightened constraints on the ability of the authorities to provide it due to stress in the country's external finances.
Under Fitch's bank rating framework, IDRs are assigned at the higher of our intrinsic financial assessment, as reflected in Viability Ratings (VRs), and our assessment of external support, as reflected in SRFs for government support. As the VRs of the three Georgian banks of 'bb-' (TBC and BOG) and 'b+' (LB) were already above their SRFs, the downward revision of the latter has no impact on the three banks' IDRs, or on the 'BB-' senior debt ratings of BOG and TBC.
The Georgian resolution framework provides for mandatory bail-in of junior liabilities (including tier 2 debt and tier 1 securities) prior to any government support being provided to a failed bank. The ratings of TBC's and BOG's AT1 securities at 'B-' are notched down three times from the banks' respective VRs and do not factor in any potential government support. Accordingly, these ratings are also unaffected by today's actions.
RATING SENSITIVITIES
Factors that could, individually or collectively, lead to positive rating action/upgrade:
-The upside for the banks' SRs and SRFs is currently limited, but could result from a record of equity support being provided by the authorities to failed banks under current legislation.
Factors that could, individually or collectively, lead to negative rating action/downgrade:
-All three banks' SRs and SRFs are already at the lowest possible levels, in accordance with Fitch's Bank Rating Criteria, and therefore cannot be downgraded or revised lower.
Best/Worst Case Rating Scenario
International scale credit ratings of Financial Institutions and Covered Bond issuers have a best-case rating upgrade scenario (defined as the 99th percentile of rating transitions, measured in a positive direction) of three notches over a three-year rating horizon; and a worst-case rating downgrade scenario (defined as the 99th percentile of rating transitions, measured in a negative direction) of four notches over three years. The complete span of best- and worst-case scenario credit ratings for all rating categories ranges from 'AAA' to 'D'. Best- and worst-case scenario credit ratings are based on historical performance.
REFERENCES FOR SUBSTANTIALLY MATERIAL SOURCE CITED AS KEY DRIVER OF RATING
The principal sources of information used in the analysis are described in the Applicable Criteria.
ESG Considerations
Unless otherwise disclosed in this section, the highest level of ESG credit relevance is a score of '3'. This means ESG issues are credit-neutral or have only a minimal credit impact on the entity, either due to their nature or the way in which they are being managed by the entity.
Fitch Ratings TBC Bank Liberty Bank Bank of Georgia