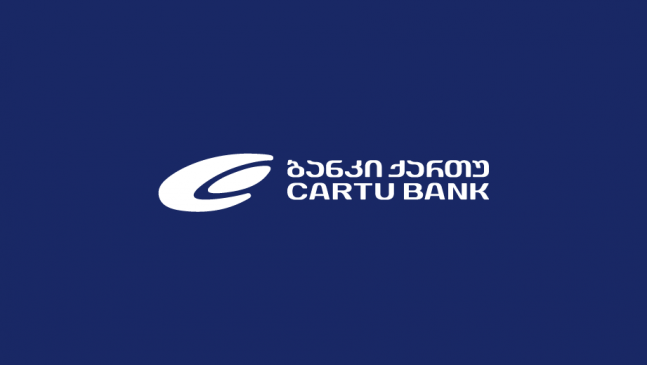 Fitch Ratings has downgraded Cartu Bank's Long-Term Issuer Default Rating (IDR) to 'B-' from 'B'. The Outlook is Stable. Fitch has also downgraded Cartu's Viability Rating (VR) to 'ccc+' from 'b'.

The one-notch difference between Cartu's Long-Term IDR (which captures default risk on senior obligations) and the VR (which reflects failure risk) reflects the bank's sizable junior debt buffer. In Fitch's view, conversion of this debt into equity may be sufficient to protect senior creditors from losses in case of the bank's failure, although the sufficiency of the buffer would depend on limited further asset quality problems being identified in the loan book.

Cartu's impaired loans (Stage 3 loans under IFRS 9, based on the management accounts) were a high 49% of gross loans at end-1H19, up from 39% at end-2018. These exposures were weakly covered (27%) by loan loss allowances (LLAs), reflecting the bank's strong recovery expectations from collateral. However, we note that repossession and then sale of collateral could be difficult due to its illiquid nature in some cases, which could potentially require additional provisioning against loans. Cartu's regulatory impaired loans were also high at 41% of end-1H19 gross loans (moderately lower than under IFRS as one large problem exposure in the latter accounts was not recognised locally) and are also modestly provisioned by 40%.

Borrower concentrations in the loan book remain high, as the top 25 exposures constituted 63% of gross loans at end-1H19 (equal to 1.6x Cartu's Fitch Core Capital, FCC). Credit growth was close to zero on average in 2017-1H19, as management primarily focused on recovering problem exposures. Foreign currency lending comprised a high 66% of the book at end-1H19.

Cartu reported moderate profitability metrics in 1H19 and 2018 with a good net interest margin at 7%-10% and ROAE around 8%. However, Cartu's earnings were not sufficient to cover asset deterioration and positive results reflect insufficient provisioning. Pre-impairment profit was equal to 3.1% of average gross loans in 1H19 (not annualised) and 3.3% in 2018 but the share of problem loans increased by 10pp and 3pp in the respective periods.

Cartu's FCC ratio was 23% at end-1H19, moderately down from 25% at end-2018. The regulatory Tier 1 capital ratio was tighter at 15% at end-3Q19 (compared with a 10.5% regulatory minimum, with buffers), allowing the bank to create additional LLAs equal to a moderate 7% of gross loans. Capitalisation should be viewed in light of the bank's large unreserved problem exposures. We estimate that Stage 3 loans and other higher-risk loans identified by Fitch and not reported as impaired, net of specific LLAs, were equal to 105% of the bank's FCC at end-1H19.

The junior debt buffer comprises subordinated facilities raised from companies affiliated with Cartu's shareholder and treated as Tier 2 capital in regulatory accounts. At end-1H19, this was equal to GEL197 million or 14% of regulatory RWAs or 59% problem exposures (Stage 3 loans and other high-risk loans). Cartu converted GEL20 million of this junior debt into additional Tier 1 capital in 1H19.

Customer accounts - Cartu's main funding source - comprised 74% of total liabilities at end-1H19. Deposit concentrations are high, as the 20 largest groups of depositors made up 78% of the total at the same date. The liquidity buffer was sufficient to repay 22% of total customer funding net of near-term non-deposit repayments at end-1H19, which is viewed as reasonable by Fitch.

Cartu's Support Rating of '5' and Support Rating Floor of 'No Floor' reflect the bank's limited systemic importance, and consequently Fitch's view that state support cannot be relied upon.

Potential support from the bank's shareholder, Cartu Group, associated with the leading Georgian businessman and politician Bidzina Ivanishvili, is also not factored into the ratings, as it is not possible to reliably assess the ability of a private owner to provide support. However, there is a track record of Cartu Group providing capital to Cartu, including converting the junior debt into equity.

A significant erosion of Cartu's capital stemming from additional provisioning requirements against the bank's loan book could result in renewed pressure on the ratings. Cartu's VR could be downgraded to 'f' if in Fitch's view the capital shortfall becomes sufficiently material to render the bank non-viable without conversion of subordinated debt or external support.

Cartu's IDR could be downgraded if Fitch believes that the bank's junior debt buffer is less likely to be sufficient to cover a potential capital shortfall and restore the bank's solvency in case of stress.

Upside for the bank's VR and IDR would require material improvements in the bank's asset quality and capitalisation metrics.