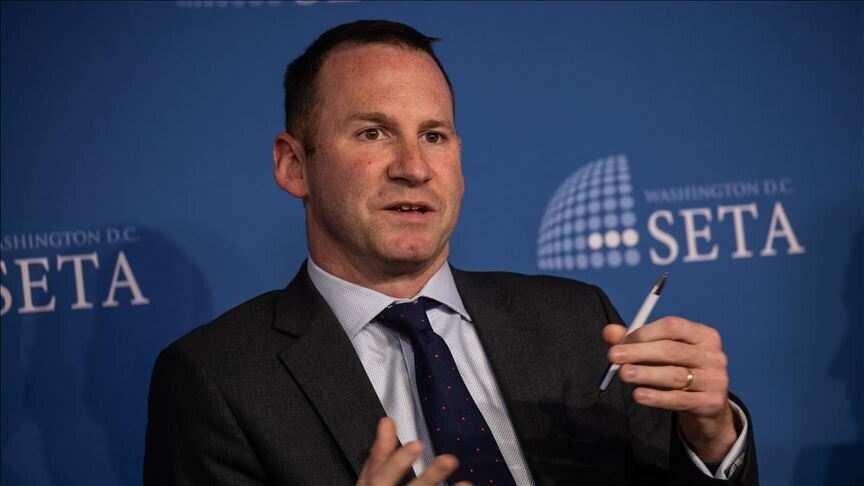 Back
Author:Ana Tavadze
The Heritage Foundation has analyzed Nagorno-Kakrabakh's global implications in a report co-authored by Luke Coffey, director of the Allison Center for Foreign Policy Studies at The Heritage Foundation. BMG focuses on just one part of the extensive report, which raises concerns over the region's trade disruptions and energy independence.
The authors argue that there is only one option to bypass Russia or Iran for overland trade between Asia and Europe, and it's Azerbaijan. "Armenia's occupation of almost 20% of Azerbaijan's territory means that there is only a narrow 60-mile checkpoint for trade. This is the Ganja Gap" – this is an excerpt from Heritage Foundation analysis titled "Azerbaijan and Armenia: A Regional Conflict with Global Implications":
Luke Coffey, the co-author of the analysis, emphasizes that there are only three ways for energy and trade to flow overland between Europe and Asia: through Iran, Russia, and Azerbaijan. "With relations between the West, Moscow, and Tehran in tatters, that leaves only one viable route that is hundreds of billions of dollars' worth of trade—through Azerbaijan" – he writes.
This trade chokepoint has been coined the "Ganja Gap"—named after Azerbaijan's second-largest city, Ganja, which sits in the middle of this narrow passage. The Ganja Gap is located mere miles from the front lines of the Nagorno–Karabakh conflict and has come under repeated attack from Armenian forces since the recent fighting started.
Currently, three major oil and gas pipelines in the region crucially bypass Russia and Iran and pass through the 60-mile-wide Ganja Gap, including the Baku-Tbilisi-Ceyhan Pipeline, which runs from Azerbaijan through Georgia and Turkey and then to the outside world through the Mediterranean; the Baku-Supsa Pipeline carrying oil from the Caspian Sea to the Black Sea and then to the outside world; and the South Caucasus Pipeline running from Azerbaijan to Turkey, which will soon link up with the proposed Southern Gas Corridor to deliver gas to Italy and then to the rest of Europe.
Luke Coffey argues that it is not just Europe that would be impacted if these pipelines were disturbed: Israel gets 40 percent of its oil from Azerbaijan through the Baku-Tbilisi-Ceyhan Pipeline.
BTC Pipeline is not the only concern: "Fiber-optic cables linking Western Europe with the Caspian region pass through the Ganja Gap. The second-longest European motorway, the E60, which connects Brest, France (on the Atlantic coast), with Irkeshtam, Kyrgyzstan (on the Chinese border), passes through the city of Ganja, as does the east-west rail link in the South Caucasus, the Baku-Tbilisi-Kars railway" – reads the report.
Luke Coffey Ganja Gap Karabakh Nagorno-Karabakh