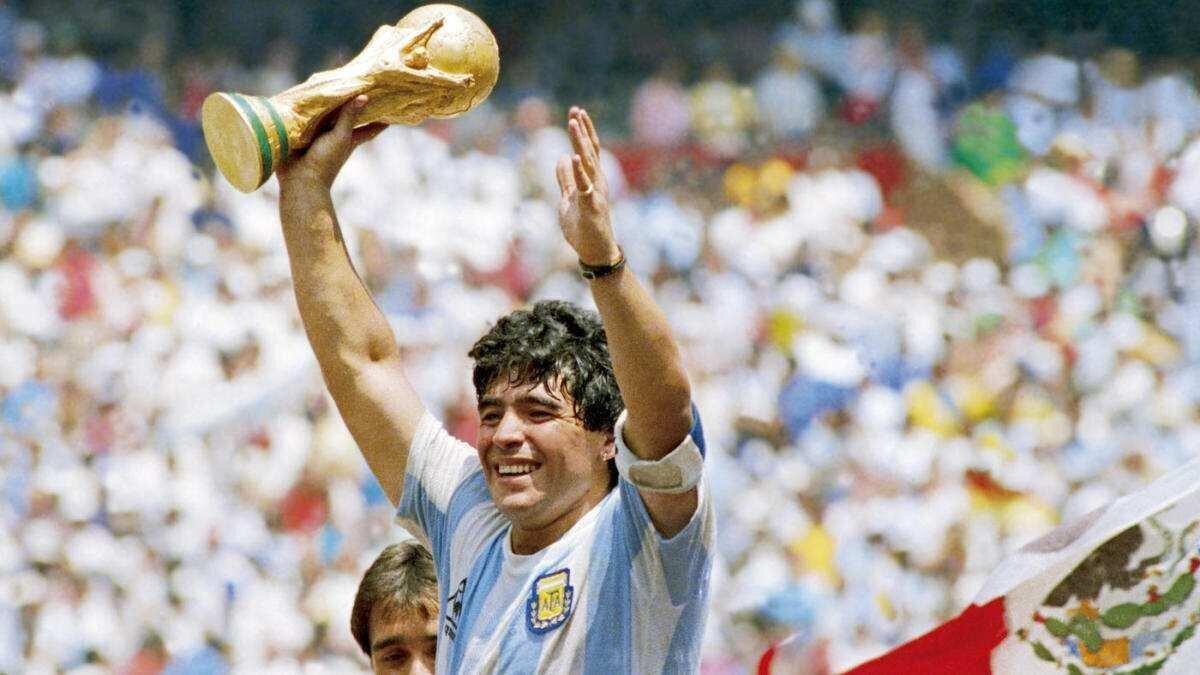 Argentina soccer legend Diego Maradona has died at the age of 60 - CNN reports.

Regarded as one of the greatest players in the history of the game, Maradona became a household name after inspiring his country to World Cup glory in 1986.
He took center stage at the tournament with a memorable performance against England where he scored his iconic "Hand of God" goal.
The diminutive forward out-jumped legendary keeper Peter Shilton and punched the ball into the net. Later in the game he scored one of the best goals in history after weaving his way past seven English defenders.
He also played for leading European clubs such as Barcelona and Napoli in a glittering career that was also marked by numerous controversies.
He won two Serie A titles with the Italian side which tweeted "Forever. Goodbye Diego" along with a blue heart.
When Maradona joined Napoli, one newsreader remarked, "the poorest city in Italy buys the most expensive player in the world."
Whilst his performances on the pitch dazzled, Maradona faced a number of demons off it.
During his time in Italy, he came into contact with the Camorra -- the Neapolitan mafia -- and struggled with addiction.
He failed a drug test in 1991 and received a 15-month ban from football.
Diego Maradona