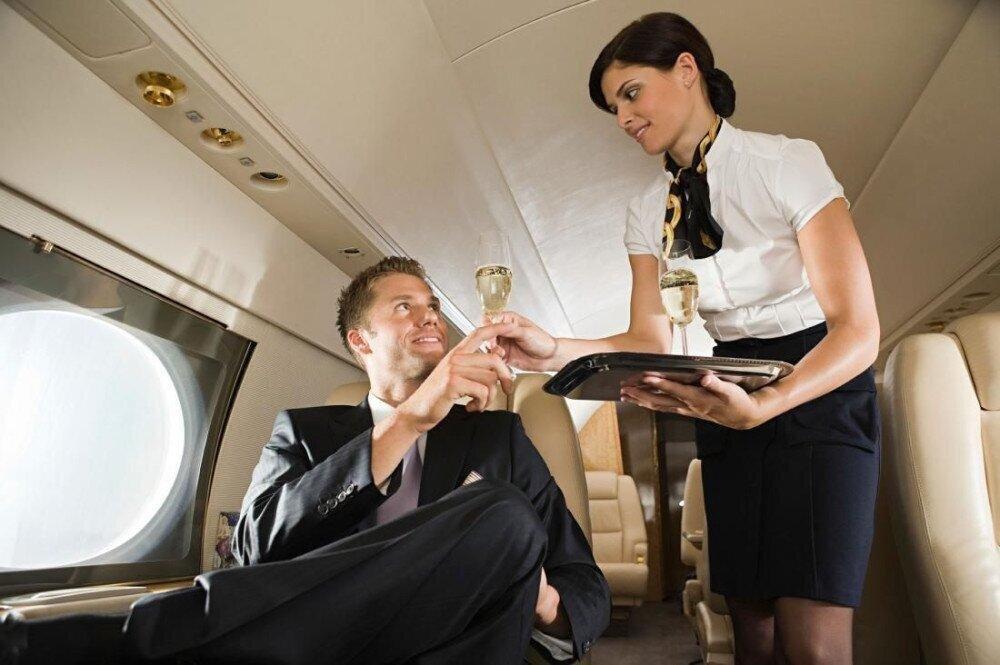 For the first time since the start of the pandemic, global leisure and business flights have risen to levels not seen since 2019.

After analyzing 37 global markets, the report found that cross-border travel reached pre-pandemic levels as of March — a significant milestone for a travel industry that has been dominated by domestic travel since 2020.

Long-haul leisure flights weren’t far behind. After starting the year at -75% of pre-pandemic levels, an “unprecedented surge” in international flight bookings brought these flights “just shy” of 2019 levels in less than three months, according to the report.

Business flyers, who have trailed leisure passengers for the entire pandemic, are returning to the skies as well.

At the end of March, business flight bookings exceeded 2019 levels for the first time since the start of the pandemic, according to the report, marking a key milestone for airlines that rely on corporate “frequent flyer” passengers.

The return of business travel has been swift, as business flight bookings were only about half of pre-pandemic levels earlier this year, according to the report.

A delay in Asia

The global upward trajectory comes despite a sluggish return to air travel in Asia. Flights to Singapore, Malaysia and Indonesia increased among Asia-Pacific flyers this year, though most of the top international travel destinations were outside of the region.

“Among the top destinations visited by Asia Pacific travelers in the first quarter of 2022, 50% were out of the region based on our data, with the United States being the number 1,” said David Mann, chief economist for Asia-Pacific, Middle East and Africa at the Mastercard Economics Institute.

“Despite a delayed recovery compared to the West,” said Mann, “travelers in Asia Pacific have demonstrated a strong desire to return to travel where there have been liberalizations.”

If flight bookings continue at their current pace, an estimated 1.5 billion more global passengers will fly this year than in 2021, according to the Mastercard Economics Institute, with more than one-third of those coming from Europe.

Strong demand for air travel and an upswing in global hiring trends are just some of the reasons the global travel industry has “more reason to be optimistic than pessimistic,” according to the report.

People have paid off debt at “a record pace” over the past two years, while wealthier consumers — who are “likelier to be traveling for leisure” — have benefited from pandemic-related savings and increases in asset prices, according to the report.

Yet, rising inflation, market instability, geopolitical problems in Europe and Asia, and rising Covid-19 rates are threatening to derail a robust travel recovery in 2022.

Incomes are expected to grow in response to inflation, but this will happen faster in developing economies, according to the report.

“While we expect income growth to outpace consumer price growth in Germany and the United States by mid-2023, this likely won’t happen until 2024 and 2025 in Mexico and South Africa, respectively,” the report stated.

Airfares are also up, with average ticket prices increasing about 18% from January to April of this year, according to the report.

Air travel cost increases varied considerably by region, with fares up 27% in Singapore from April 2019 to April 2022. However, the report said flight prices in the United States have remained roughly unchanged during the same time frame.

Though many countries have reopened to international travelers, the pandemic still looms over the industry.

“Among the numerous risks that could derail travel recovery ... we would put Covid as the biggest swing factor,” said Mann.

“Whilst treatments are better, and many markets have seen successful vaccine rollouts, a severe or contagious variant necessitating border closures could lead to a return of the non-linear, stop-start recovery patterns of the last two years,” he said.

Whether travel demand will remain robust throughout the year — or whether travelers will take a last summer hurrah before tightening their purse strings — is yet to be seen.

The report noted that people have traditionally spent less on travel following rises in energy and food costs.

“However, given massive levels of pent-up demand in a post-pandemic world, this time could be different,” stated the report, CNBC reports.