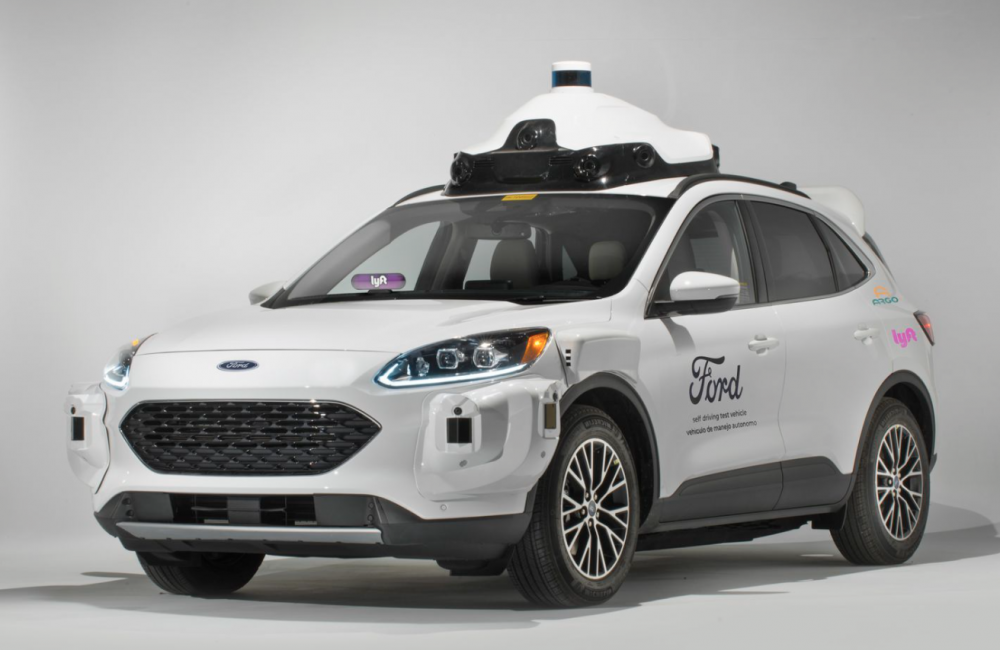 Back
Lyft customers in Miami will be able to hail a robotaxi from Argo AI, an AV startup backed by Ford and Volkswagen, by the end of the year, the companies announced Wednesday. Next year, riders in Austin, Texas, will be able to do the same. It’s the latest move to make more autonomous vehicles available for public use after initial predictions about the wide-scale availability of AVs failed to materialize.
For years, Ford promised that it would launch a full-scale autonomous vehicle business, including robotaxis and driverless delivery, by 2021.
That later got pushed to 2022, with the automaker citing delays due to the coronavirus pandemic. It also said it would use a purpose-built autonomous vehicle without a steering wheel or pedals to power its commercial ambitions, which it has yet to reveal.
The deal with Lyft is the first sign that Ford is still trying to make good on its initial promises. It will be the first time that Ford or Argo have invited members of the general public to go for a ride in their autonomous vehicles.
The fleet size will be “modest” at first, with “less than 100 vehicles” collectively across both cities by next year, an Argo spokesperson said. But the company says it is “laying the groundwork” for the deployment of 1,000 autonomous vehicles across multiple markets over the next five years.
By the end of the year, Argo’s autonomous vehicles will be available on the Lyft platform in Miami, where Argo has been testing its technology for the last several years. If Lyft customers are within a defined geographic area, they will be offered the choice to ride in an autonomous vehicle to their destination. Those vehicles will still include two safety drivers in the driver and front passenger seats.
The announcement also signals that, despite selling its self-driving business to Toyota earlier this year, Lyft is still interested in keeping a toehold in the AV industry. The ride-hailing company already brokers trips in self-driving cars in Las Vegas with Aptiv (and now Motional) and in Phoenix with Waymo (which ended in 2020).
But the company won’t have a hand in the development of the technology after off-loading its Level 5 autonomous vehicle research division to the Toyota-owned Woven Planet Holdings for $550 million last April. The company followed its rival Uber in selling off its costly autonomous vehicle division in a bid to excise the money-losing portions of its business. Last year, Uber sold its AV project to Aurora, a startup founded by the former head of Google’s self-driving project.
But Lyft isn’t just a passive player in this deal. The companies have signed a “network access agreement” that will give Lyft a 2.5 percent equity stake in Argo in exchange for the ride-hailing company’s data on the self-driving trips. Ford, Argo, and Lyft say they will use the data generated from Miami and Austin to figure out how to grow a full-scale robotaxi business. According to the press release:
Argo will use anonymized service and fleet data from Lyft that will enable Argo to overcome the challenges faced by other autonomous vehicle companies by focusing on where they can build a sustainable business and can validate deployment through localized safety data.
That could turn out pretty lucrative for Lyft, if Argo follows through on its plans to go public at a value of $12.4 billion (as recently reported by Bloomberg). The startup could go the traditional initial public offering route, or it could attempt a reverse merger with a special purpose acquisition company, or SPAC. Ford invested $1 billion in Argo in 2017 and VW made its own investment of $2.6 billion last year.
Argo has been testing its fourth-generation vehicles in Miami, Austin, and Washington, DC, for the last few years as well as Pittsburgh, Detroit, and California. The company is also preparing to launch an autonomous micro-transit and delivery service with VW in Germany, using its fifth-generation autonomous technology, starting in 2025.
Ford Self-Driving Tech Auto Industry