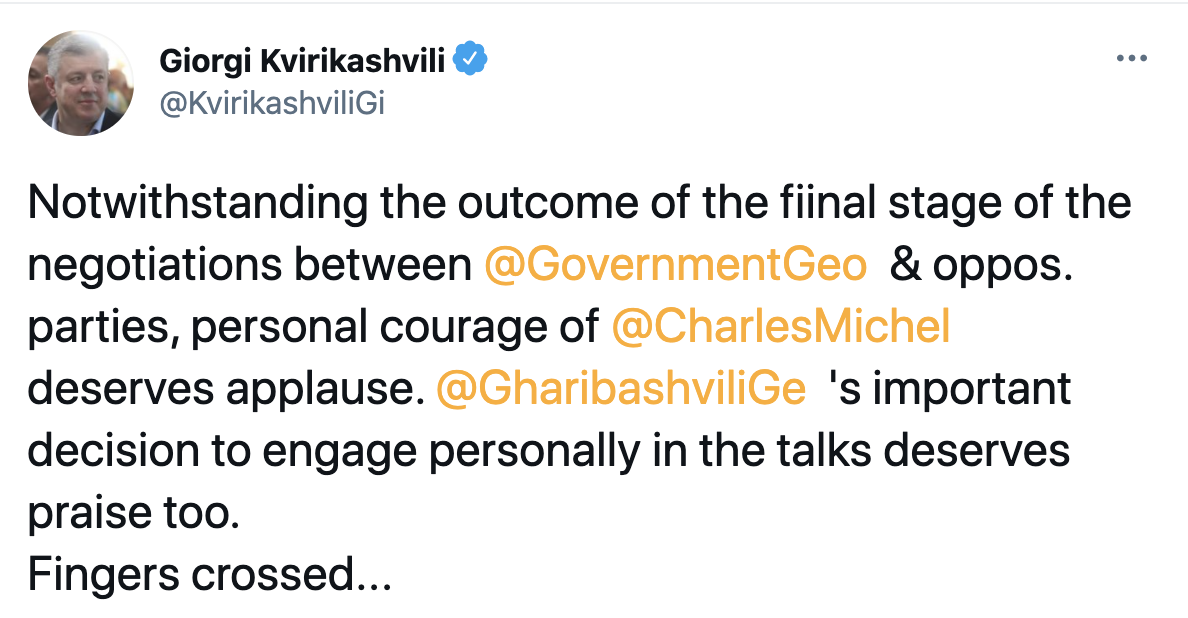 Back
Former PM of Georgia, Giorgi Kvirikashvili responds to the visit of European Council President - Charles Michel and tweets:
"Notwithstanding the outcome of the final stage of the negotiations between the Georgian Government and opposition parties, personal courage of Charles Michel deserves applause. Irakli Gharibashvili''s important decision to engage personally in the talks deserves praise too. Fingers crossed..."
The meeting of the Georgian Dream and the opposition with the President of the European Council Charles Michel is currently being held at the Orbeliani Palace. The information is spread by the Presidential Administration.
Giorgi Kvirikashvilil

We need to resume negotiations – US Ambassador on direct flights