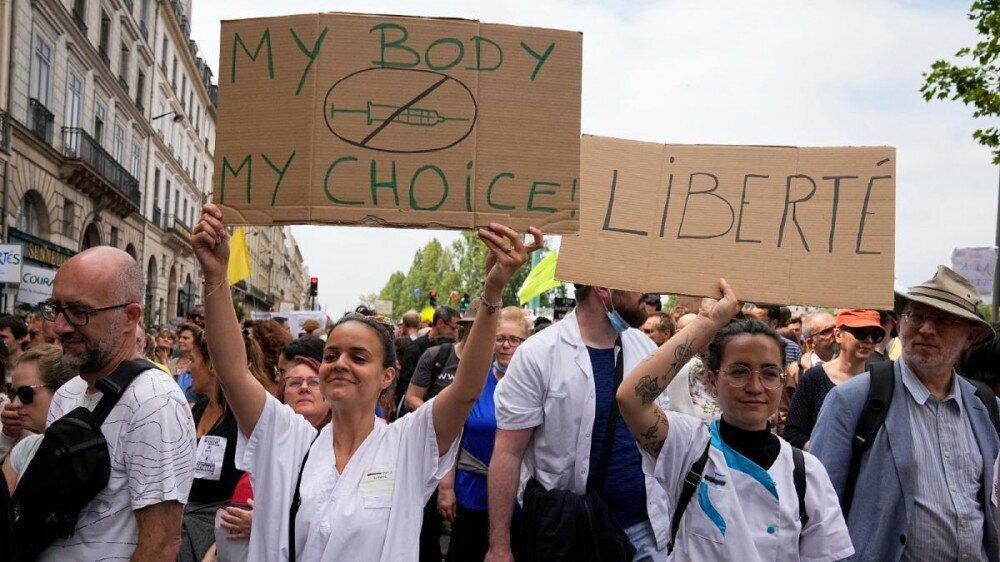 Back
Thousands of health workers across France have been suspended without pay for failing to get vaccinated against Covid-19 ahead of a deadline this week, Health Minister Olivier Veran said.
France's national public health agency estimated last week that roughly 12 percent of hospital staff and around six percent of doctors in private practices have yet to be vaccinated, France24 reports.

"Some 3,000 suspensions were notified yesterday to employees at health centres and clinics who have not yet been vaccinated," Veran told RTL radio.
He added that "several dozens" had turned in their resignations rather than sign up for the jabs.

"A large number of these suspensions are only temporary" and mainly concern support staff, with "very few nurses" among those told to stay home, he said.

Based on figures provided by individual hospitals, the actual number of suspended employees could be higher.

The Paris hospital system said Thursday that 340 workers had been suspended.

Local press reports have cited large numbers at hospitals in smaller cities -- up to 450 in Nice and 100 in Perpignan.
Available figures point to nearly 1,500 suspensions Thursday at just over a dozen hospitals, according to an AFP tally, with dozens more elsewhere across France.
'Pandemic isn't over'

President Emmanuel Macron gave staff at hospitals, retirement home workers and the fire service an ultimatum in July to get at least one shot by September 15 or face unpaid suspension.

France has also made a Covid "health pass" mandatory for entering cafes, restaurants and many other public places, prompting weekly protests by tens of thousands of people who claim they are being discriminated against.
Many healthcare workers are still avoiding jabs, citing safety or efficacy concerns, raising the spectre of disruptions to services in facilities forced to suspend staff without pay.
Overall, 70 percent of the French have received both doses required to be fully vaccinated, which are available to everyone over age 12 -- one of the highest rates in the world.
But 74 percent have had one dose only, suggesting that many people are holding out against the jabs despite their widespread availability -- and as the more contagious Delta variant spreads worldwide.
While vaccines have helped France limit a "fourth wave" of infections, with fewer than 2,000 Covid patients now in intensive care each day, Veran said it is "too early" to considering lifting the health pass requirement.
"There are still around 10,000 new cases each day -- the pandemic isn't over," he said.
On Wednesday, the health ministry reported 79 Covid deaths over the previous 24 hours, bringing the French total to 115,829.
Covid19 France covid19 vaccine vaccination health workers