Franco Frattini - Georgia, straying from the rule of law 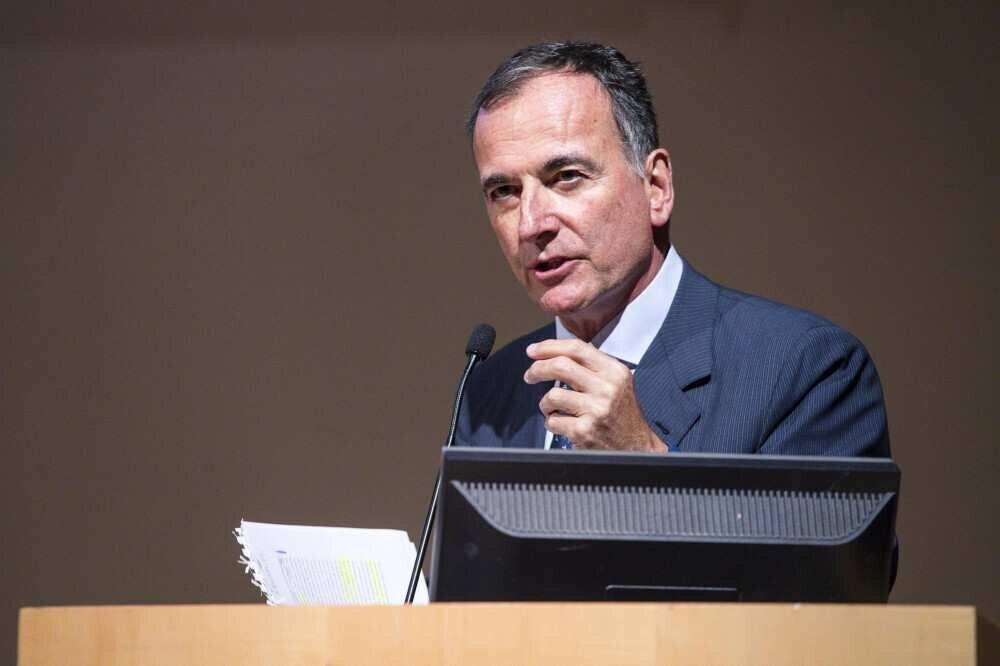 Franco Frattini twice served as Italian Foreign Minister and was Vice President of the European Commission, with responsibility for the Justice, Freedom and Security portfolio from 2004 until 2008.

This Artilce was first published on The Parliament Magazine.

Last week in Berlin, EU foreign ministers reached a political agreement on new sanctions against Belarus, targeting those responsible for allegedly fixing Lukashenko’s election and violently repressing the public protests that ensued. We need more of these clear stances from the European Union.

With the Lisbon Treaty and the creation of the European External Action Service, the EU has formalised its foreign policy and diplomatic arm. Although these new mechanisms are welcomed, they are still in their infancy and the Berlin agreement shows their limits in countering more subtle diplomatic challenges.

Belarus is a prime example of a neighbouring country playing the EU’s interests off that of others – one day publicising aspirations to join the Union, before denying the very values it is built on the next. But it is not alone. Georgia is proving to be another neighbour the EU must keep a watchful eye on.

Indeed, despite repeatedly claiming EU accession is one of its top priorities, Georgia continues to detach itself from its guiding principles.

The first striking example relates to Georgia’s first deep-water port in Anaklia, which would have attracted investment from across Western Europe, enabling the country to reinvent itself into a trade hub between Asia and Europe.

But foreign investors and international development organisations saw the government refuse to underwrite their loans, and the project was killed.

In 2019, an Azeri company purchased a controlling share of Caucasus Online, one of the largest Georgian internet service providers. The transaction was part of a wider digital infrastructure project to lay down a pipeline of fibre-optic cable connecting Asia and Europe, improving internet access to 1.8 billion people.

Since the purchase was legally completed, Georgia has pushed to get the deal reversed; going so far as rushing through amendments to its telecommunications laws during late night sessions in Parliament.

These amendments give the Georgian National Communications Commission (GNCC) unprecedented powers over the private sector, such as the ability to appoint external government administrators that can dispose of a company’s assets and personnel at will.

This latest decision is the culmination of an increasingly worrying trend in Georgia that the EU must call out.

As the former Commissioner for Justice, Freedom, and Security, I think Brussels cannot stand idly by as an aspiring member instrumentalises the rule of law. Legal certainty is a cornerstone European values, it regiments both our social and business lives, but foreign investors are being denied it in Georgia.

Moreover, these actions create a dangerous precedent for government take-over of key strategic industries. Media freedom and plurality are ever so crucial in modern democracies.

With Georgia holding its next elections in October, who is to guarantee that other internet and telecommunications companies will not be overtaken by the government ahead of the vote? Where do democratic checks lie if both law and market are subdued to the state?

In Georgia, as in Belarus, a closer and strategic partnership with the EU is used as a bargaining chip with the West and a rhetorical tool for the people, all overwhelmingly in favour of closer integration with the Union. But it is rarely backed up by facts.

Although apparently still hostile to Russia’s policies concerning the “Caucasus sphere of influence", Georgia has been trying to normalise or improve relations with Russia.

With these ambiguous policies against FDI it foregoes free market principles, with dire consequences for economic development - both in the country and the region, and in contravention with the EU values it claims to aspire to.

It is time for the EU to call this behaviour out. The emphasis has always been on Brussels to create paths for accession for different candidates, but some neighbours should be reminded that it is up to them to qualify and, in certain instances, urged to reconsider their prerogatives. That also is diplomacy.

Pfizer Emerges as Most In-Demand Vaccine in Georgia

Pfizer Emerges as Most In-Demand Vaccine in Georgia

How did Georgia trade in 3 months?

Alexandra Hall Hall joins to Europe Foundation's Board of Trustees

Resources Directed to Fixed Assets of Azerbaijan 19.4% Down in Q1 2021