From Bakhtadze to Gakharia – Tax Benefits for International Companies, Which Took 2 Years to Obtain 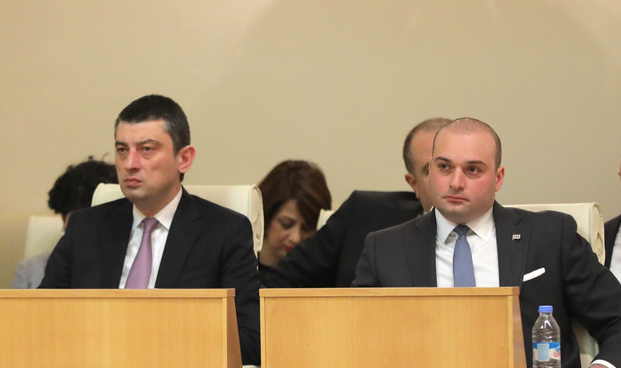 Today, the Government of Georgia approved a resolution defining the cases in which foreign companies operating in the country can receive the status of an "international company" and the tax benefits associated with this status. Profit and income taxes for enterprises with this status will be 5% instead of 15% and 20%.

According to the Minister of Finance Ivane Machavariani, the benefits will be extended to international companies involved in the IT and maritime sectors, which sell their services abroad.

"As far as the IT field is concerned, starting with the release of the software, there is a production of any digital product. As for maritime services, there is a large list here as well, including renting a ship with or without a crew, flight planning, and analysis, monitoring the ship's physical condition, supplying food or technical details, and so on. These are activities that the Georgian government recognizes as permissible under this resolution," said the Minister of Finance.

The Georgian government has been working on the tax changes for more than two years, and it was originally announced by former Prime Minister Mamuka Bakhtadze. In June 2018, then-still prime ministerial candidate Mamuka Bakhtadze said tax breaks should be imposed on transnational companies that would open regional offices in Georgia. Later, this initiative changed. During Bakhtadze's management, a bill submission to the Tax Code was registered in the Parliament, which defined the status of an "international company" in the country.

The Parliament of Georgia supported it in June 2019, and a record of new benefits appeared in Article 23 of the Tax Code. The same article stipulates that the criteria for granting the status of an international company were to be determined by the Government of Georgia through a relevant resolution. However, the government failed to comply with these criteria in 2019, so the record on the status of an "international company" in the law has not actually worked. In July 2020, the Parliament approved several amendments to the Tax Code, including some amendments to the article defining the status of "international companies." In September 2020, the criteria by which companies are granted this status were finally approved.

What tax benefits are provided by the status of an "international company":

At this time, it is unknown what effect the new tax breaks will have on foreign direct investment flows in Georgia.