Frontera CEO: it does not seem real, the government to consider Outrider's demand 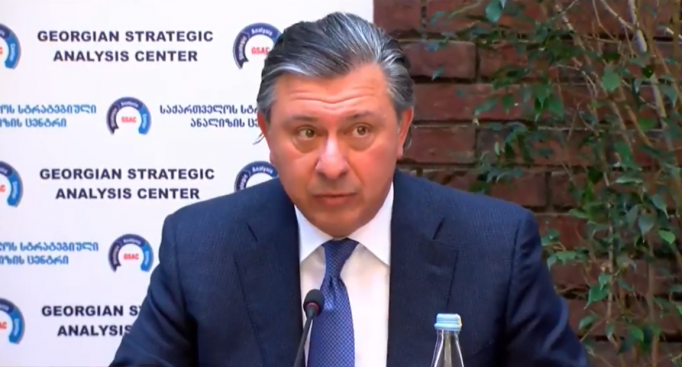 “It does not seem real, that the government will consider Outrider Management’s demand”, - Zaza Mamulashvili, general director of Frontera told BM.GE.

The matter concerns to the statement made by American investment holding Outrider Management.

According to the company, Georgia has the potential to produce up to 700 million barrels of oil, but it has a rather complex distribution structure. In addition, in the case of obtaining a license, Outrider Management announces study of the exact supply volume and bringing of an experienced operator in the country to perform the extraction works.

According to Outrider, their investment in Frontera turned out problematic, as Frontera accumulated debt of $ 35 million, for which Outrider Management was involved in a lawsuit.

"California-based investment company Outrider Management has already applied to the Prime Minister of Georgia, Giorgi Gakharia, to give the company the right for extraction of oil and natural gas from the 12th license block. As a result, Georgia will benefit from these resources, and the company itself will be able to return the investment made in the current license holder," company Outrider Management’s statement reads.

According to Zaza Mamulaishvili, CEO of Frontera, it is unlikely that the government will comply with Outrider Management's request to transfer their investment commitment to Frontera to a new company that will receive a license to extract oil in the country.

“It does not seem real, that the government will consider Outrider Management’s demand. There does not exist such practice that if a new company enters, it will have an obligation of former investor.

I can not imagine that if the government announces a tender on a new license, it will include commitments towards the previous shareholder. This is not accepted in practice, ”Zaza Mamulaishvili said.