When Will The Baku-Tbilisi-Kars Railway Be Finished? 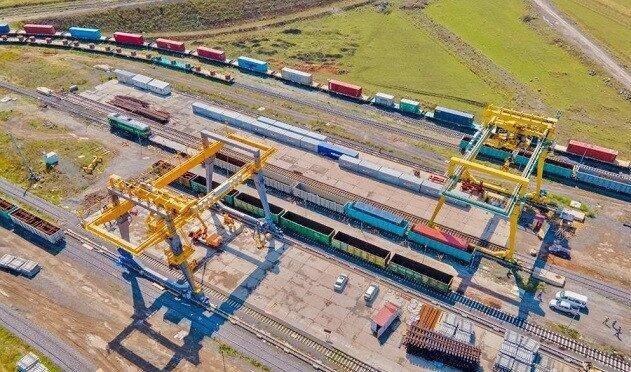 The construction of the Baku-Tbilisi-Kars railway should be completed by the end of 2022, - according to the  financial report of "Marabda-Kartsakhi" LLC, which is responsible for the project on the Georgian territory. As of the report, the new date of completion of the project has been agreed at the 32nd session of the Coordinating Council on February 24, 2022.

According to financial report, the company continues to accumulate losses. As a result, the negative capital amounts to GEL 1.19 billion as of December 31, 2021. The loss is mainly caused by the exchange rate difference accumulated since 2007 and the fact that, according to the credit agreement signed in 2011, the company is prohibited from all such activities as commerce, asset management for profit and income-related activities before the railway is put into operation.

Despite the fact, that the railway is still operating in the test mode, it is assumed that 5 million cargo will be transported in at the first stage. The infrastructure for the service of containers and non-uniform cargo of various types has already been placed in the international railway station of Akhalkalaki. The specially equipped infrastructure is capable of processing 200 of 20, 40 and 45 feet containers a day.

The initial date of completion of the Baku-Tbilisi-Kars railway was 2014, but the date was postponed. Climatic conditions, difficult terrain and hard soil were cited as the reasons. Supporters of the project are the governments of Georgia, Azerbaijan and Turkey.

The project is implemented on the basis of a credit agreement signed in 2011, with a loan of 775 million US dollars allocated by the Ministry of Transport, Communications and High Technologies of the Republic of Azerbaijan to "Marabda-Kartsakhi Railway" LLC. The credit line is divided into two parts: 1) tranche "a" in the amount of 200 million " with a rate of 1% and tranche "B" in the amount of 575 million US dollars with a rate of 5%.