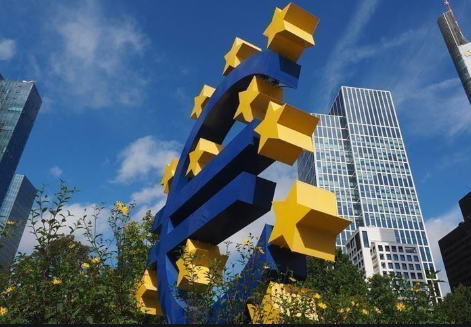 The eurozone economy contracted by a record 3.8% in the first quarter compared with the final three months of 2019, according to a flash estimate from Eurostat. France’s economy shrank 5.8%, the worst result among the 19 participating countries, followed by Slovakia (5.4%) and Spain (5.2%). Italy’s gross domestic product (GDP) withered 4.7%. The largest economy, Germany, shrank 2.2%.

European Central Bank (ECB) Vice President Luis de Guindos said in a speech that the eurozone economy had already put the worst of the coronavirus downturn behind it. He said the economy could rebound in 2021, expanding by as much as 6%, although he acknowledged the level of uncertainty was high.


UK ECONOMY SLUMPS IN Q1
The UK economy contracted by 2.0% from the last three months of 2019, the biggest drop since late 2008, the Office for National Statistics said. In March alone, the economy shrank 5.8% as the coronavirus spread and the government shut down most of the economy. Two-year government bond yields fell to a record low of -0.045% after the data release, fueling expectations that the Bank of England will increase its GBP 645 billion asset purchase program.

Separately, a Treasury document cited by the Daily Telegraph showed the budget deficit could balloon to GBP 337 billion this year from just GBP 55 billion forecast in March after a huge increase in public spending to cushion the economic fallout from the coronavirus. Officials suggested in the document that the government would have to raise taxes or cut spending to avoid a potential sovereign debt crisis.
Bank of England (BoE) Governor Andrew Bailey said in a television interview that one of the main aims of the bank buying GBP 200 billion of government debt is to spread the cost and help the government avoid a return to austerity. He also said that the financial markets’ basic assumption is that there will be more quantitative easing from the BoE.

ITALY SIGNS OFF STIMULUS PACKAGE
The Italian government approved a long-delayed economic stimulus package worth EUR 55 billion. The measures, following an initial EUR 25 billion package introduced in March, include a mix of tax breaks and grants for businesses and households and incentives to help the tourism sector.

CORPORATE PROFIT OUTLOOK WORSENS
Analysts further reduced their expectations for company earnings in the second and third quarters as fears of a prolonged recession due to the coronavirus grew, Refinitiv data showed. The second-quarter earnings of companies listed on the pan-European STOXX Europe 600 Index are expected to drop 46.7%, compared with 44.9% predicted the previous week. In the third quarter, analysts now expect earnings to fall 35.1%, compared with 32.7% last week.

CRISIS OVER GERMAN COURT RULING INTENSIFIES
The political crisis sparked by a German constitutional court ruling that could prevent the Bundesbank from participating in the European Central Bank’s stimulus program intensified. European Commission President Ursula von der Leyen said the European Union (EU) executive could start legal action against Germany over the ruling, although officials later rowed back on the idea. However, Constitutional Court Judge Peter Huber then said in newspaper interviews that such a move could “weaken or endanger” the EU. Chancellor Angela Merkel then moved to defuse the crisis, saying in Parliament she would defend the euro and ensure that the Bundesbank could take part in the ECB’s activities. She gave no details but said the ruling “will have to motivate us to do more to push ahead with integration in the area of economic policy.

Turnover of the business sector increased by 13.5% in Q1