Galt&Taggart: Stocks recorded their worst day of the week 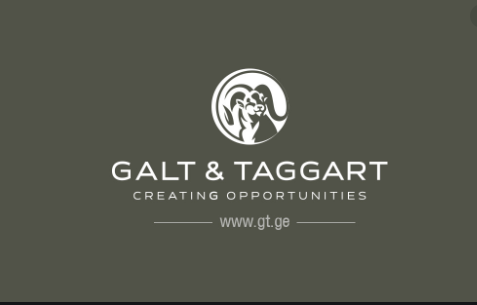 Equities retreated as investors reacted to bleak economic data and warnings of further weakness ahead. The declines were most pronounced among small-caps and slower-growing value stocks. Health care and consumer (both staples and discretionary) shares held up relatively well, while energy stocks lagged despite a rise in domestic oil prices, which touched their highest level in over a month. Real estate shares were also exceptionally weak, as worries grew that struggling retailers and other businesses would be unable to make lease payments.

Stocks recorded their worst day of the week on Wednesday, with the S&P 500 Index touching its lowest level in three weeks. Many attributed the sell-off to a speech by Federal Reserve Chair Jerome Powell, in which he said that the economy was “subject to significant downside risks” in the months ahead and warned of “lasting damage to the productive capacity of the economy.” Powell held out the possibility of further stimulus measures from the central bank, but he may have disappointed some by stating that the Fed was not considering cutting interest rates below 0%. The prospect of additional fiscal stimulus also remained uncertain, with President Donald Trump calling a new USD 3 trillion relief package proposed by Democrats in the House of Representatives “dead on arrival.”

Sentiment also appeared to take a blow Wednesday due to negative market outlooks from two prominent hedge fund managers, with one calling the current market the second-most overvalued he had seen. Another stated that the risk/reward trade-off for stocks was the worst in his career. The comments drew the ire of the president, who tweeted that “some are betting big against [the market] and make a lot of money if it goes down.”
Worries of a resumption in the U.S.-China trade war further hampered sentiment throughout the week. On Tuesday, reports surfaced that Senate Republicans were considering legislation imposing sanctions on China due to its alleged lack of cooperation early in the coronavirus crisis. On Thursday, President Trump told Fox Business that he had no interest in resuming talks with Chinese President Xi Jinping and that the U.S. might “cut off the whole relationship” with China.

RETAIL SALES PLUNGE THE MOST ON RECORD

The week’s economic data brought little to celebrate. On Friday, the Commerce Department reported that retail sales outside of the volatile auto sector plunged 17.2% in April, the biggest fall on record and roughly double the consensus expectations of a decline. Thursday’s weekly jobless report, which showed almost 3 million more Americans filing for benefits in the previous week, also surprised on the downside, although this was partly due to a state reporting error. The tightened straits of consumers were reflected in the headline consumer price index, which fell 0.8% over the month, as decreases in energy, transportation, and apparel costs outweighed the sharpest increase in grocery food prices since 1974.

Treasury yields decreased through most of the week on the dismal economic data, mostly solid demand for surging levels of new issuance, and continued purchases by the Federal Reserve of longer-term Treasuries. The broad municipal market produced positive returns, led by high-grade issues. The week’s Illinois general obligation offering, initially slated at approximately USD 800 million, was upsized by USD 50 million and repriced to lower yields on strong demand.