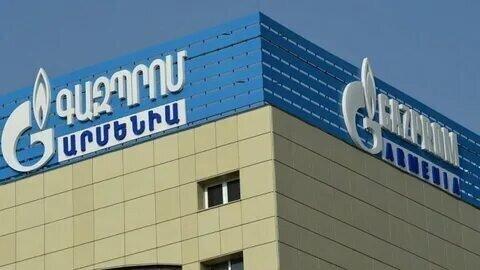 The PSRC said that Gazprom Armenia’s application was submitted on January 13 and will be accepted for consideration in due course, to be followed by calculations and discussions with stakeholders, including non-governmental organizations, ARKA reports.

Earlier, mass media reports argued that the natural gas price for socially disadvantaged families and some other groups of the population of Armenia would increase sharply.

Commenting on these news reports, the PSRC said Gazprom Armenia seeks a single price of $282.6 or 135,648 drams per 1 thousand cubic meters of natural gas for all consumers from April 1, 2022.

The PSRC stressed that the process of reviewing and setting new prices is under its jurisdiction. Consequently, the selection and approval of natural gas consumer groups will be done after acceptance of the application for review and discussions with interested parties, taking into account the government's proposals for the provision of support for certain consumer groups.

In a December 21, 2021 statement the PSRC said that the price for the Russian natural gas was very likely to be preserved at its current level for the next 10 years.

"Armenia made commitments to return the investments made by Russian Gazprom in the fifth power unit of the Hrazdan Thermal Power Plant and ensure the internal rate of return. But the investments have not been returned; moreover, the credit obligations raised for the reconstruction of the plant have increased. To solve the problem, the Armenian and Russian governments reached an agreement according to which the Armenian side will annually provide $31.79 million to the company during 10 years - starting from February 1, 2022 - to ensure the stable operation of the Hrazdan-5 power plant," the PSRC said in December 21 statement.

The PSRC said also that within the frames of this agreement, it will be possible to have a stable price of Russian gas at the rate of $165 per 1 thousand cubic meters for the next 10 years.

Gazprom’s subsidiary Gazprom-Armenia that acquired the 5th power unit of Hrazdan Thermal Power Plant in 2006 is said to have invested as many as $465.2 million to complete its construction and modernization.

The Russian natural gas is delivered to Armenia by Gazprom at a $165 per one thousand cubic meters, but Gazprom’s Armenian subsidiary - Gazprom Armenia - sells it to the bulk of Armenian households at ($266.71. Gazprom Armenia also deals with the storage, distribution and sale of gas.