GEL 2.8 MLN Will Be Spent On Rehabilitation Of Cavalry Building In Borjomi 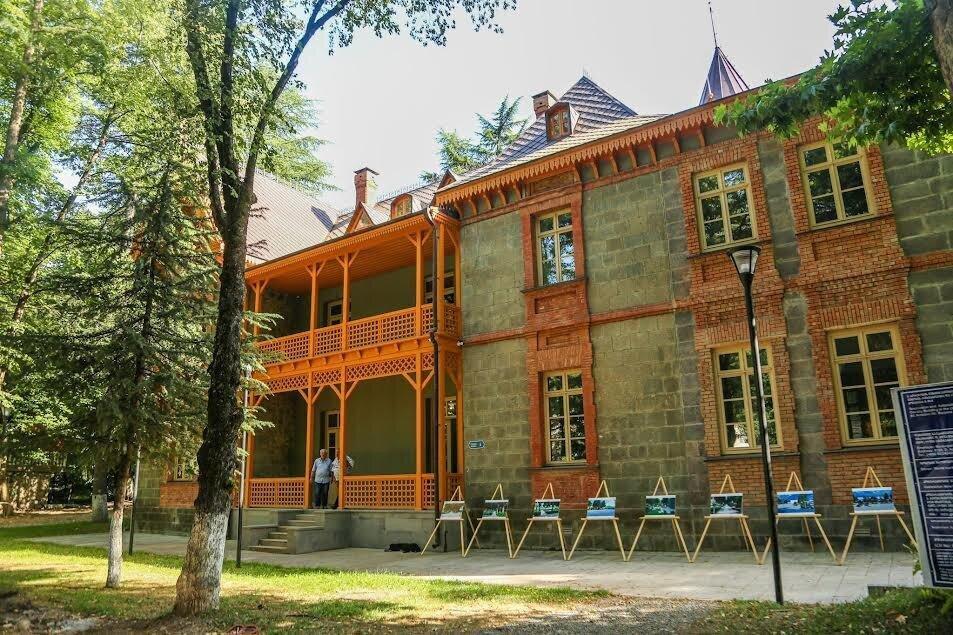 The 19th century Cavalry venue in Georgia’s central-western Borjomi resort town, a cultural heritage monument known for its historical role as a summer residence for the Imperial Russian nobility, has been renovated and transformed into a museum.

Its renovation comes as part of a GEL 2.8 million project started in 2019, the Ministry of Infrastructure announced on Tuesday, with exhibition halls, conference and educational spaces, café, library, video and audio centre set up and adapted for the museum role.

Located in Borjomi's Kostava Park, it will now house a part of a rich collection of Borjomi Local History Museum.

"Before renovation, the building was damaged with its rear part partially destroyed and the roofs between the floors and the interior completely destroyed. During the renovation, a special importance was attached to the utmost preservation of the cultural value and authenticity of the building, through innovative approaches", the Ministry said.