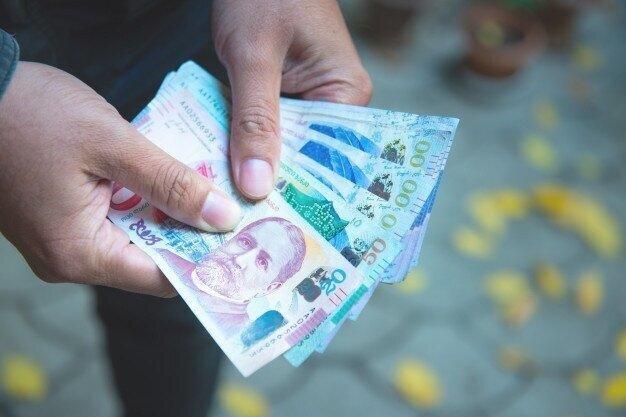 Back
Author:Rainer Michael Preiss
According to Bloomberg data, Georgian Lari (GEL) is the 5th best-performing currency in the world against both the US dollar and the Euro so far this year.
This is especially noteworthy against the backdrop of global inflation concerns rising and the recent rating downgrades as S&P lowered the Republic of Georgia sovereign Outlook to negative from previously stable. Fitch Affirmed Georgia at 'BB'; Outlook Negative.
The continued closure of Georgia's land and air borders will have a significant impact on its tourism sector, which directly accounts for 11.6% of GDP.
The pandemic caused a sharp contraction of Georgia's small open economy with a large tourism sector.
Going forward, however, The IMF for Georgia predicts post covid-19 GDP forecasts of 5.8% to 6% higher country growth than Most of the Middle East & Central Asia and emerging and developing EU in its 2022 to 2025 forecasts. Also, still underappreciated by many global investors is that as of January 2021, Georgia is preparing to formally apply for EU membership in 2024.
Due to the global pandemic full year, 2020, Georgia's real GDP declined -6.1% and is expected to come in at 4.3% for 2021 and recover to 5.2% in 2022.
Financial markets and currency markets discount the future. In the case of the Lari seems to increasingly focus on Georgia joining the EU as a high real interest rates country in a low-yielding world. A Post pandemic world at risk of inflation.

As a country with a banking sector NIM (net interest margin) of 6.85, Georgia ranks 40h highest net interest margin country in the world, supporting the currency.
In a world where both the US and Europe have followed the bank of Japan and Switzerland to zero to negative interest rates, the National Bank of Georgia's monetary policy decision to keep the central bank refinancing rate (benchmark interest rate of Georgia) at 9.5% is welcomed by the global foreign exchange market. Especially at a time in the markets when low yields and inflation concerns increasingly weigh on global currency markets investors' minds.

Georgia's target inflation rate is set by the National Bank of Georgia and approved by the Parliament of Georgia. The inflation target rate for 2019-2021 is set at 3%.

The strong Lari is aiding the National bank to keep within its inflation target rate.
The National Bank of Georgia increased its policy rate by 100 basis points, to 9.5%, on April 28. This is the second consecutive increase by the central bank, following a 50bp hike at its March 17 meeting. The NBG cited rising inflation in explaining its decision. The central bank said inflation was 7.2% in March 2021, well above the 3% target. The March figure was a sizable increase over the February rate of 3.6%.
Money transfers to Georgia increased significantly in the post-lockdown period, and they represent a factor that played a key role in the foreign exchange market.
Aggregated net transfers of money to Georgia in the 12-month period ending May increased to $1.89bn. That's 31%, or over $450mn more, compared to the previous 12-month period.
The Georgian currency has come a long way since Georgia replaced the Russian ruble on April 5, 1993, and when the country suffered from hyperinflation. In 1995 the Georgian Lari became the official currency of The Republic of Georgia.

In 2019, a diplomatic dispute with the Kremlin led to a flight ban from Russia, battering tourism and choking off a key source of foreign-currency income, making the GEL one of the worst-performing currencies against the dollar a -11%. Decline. The Lari that year was also under pressure as the currency of its biggest trade partner, Turkey, retreated.
Last year, due to the outbreak of the global coronavirus pandemic, The drop in domestic economic activity, foreign investment, and exports, combined with the regional and global economic slowdown, have done their part in dragging the Lari down to a low of 3.46 against the US dollar on March 26, 2020.
The spreading coronavirus crisis at first has sent Georgia's currency into a tailspin, but now, as Georgia is reopening to tourism and the world is getting vaccinated and gradually coming out of lockdowns, the Georgian Lari is the bright spot in the global FX market.

People Became Poor Due To The Pandemic - Turnava

In Which Regions Is GEDF Studying The Potential Of Solar Stations?