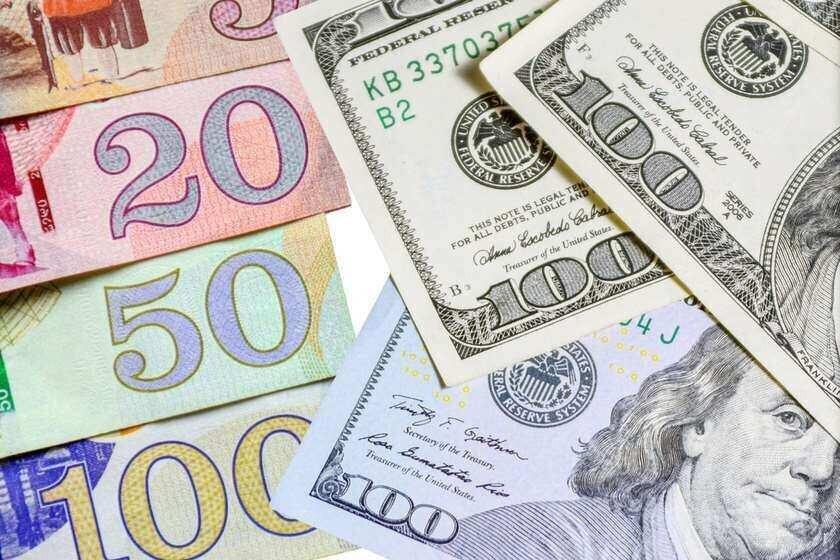 The GEL Real Effective Exchange Rate (REER) seems to point to some overvaluation, but not from the long term perspective, - TBC Capital weekly report reads.

"April export growth was strong, in line with our expectations. While YoY increase cooled further, this was to large extent on the back of high base effect, as MoM seasonally adjusted annualized exports stood at solid 66.7%. After a sharper decline a month ago, import growth was even stronger indicating to a higher domestic demand. The detailed April trade in goods data, including the price dynamics, will be available later this week. Nevertheless, the preliminary, even only overall indicators once again point to a stronger than 5.5% scenario for the FY 2022.

Last week was also noticeable due to the scheduled NBG monetary policy committee meeting. As expected, the stance was unchanged. Indeed,

• While inflation is high, it is almost fully supply driven as a result of elevated prices on the international markets. Therefore, unless the GEL strengthens further, there is very little, if any, room for monetary policy to curb inflation pressures. Therefore, if the aim is not a stronger GEL, but rater cooling the demand, especially when there are no signs of an overheating in the economy, slowing the growth and the labor market won’t be an optimal solution;

• Besides, good question is whether higher LC rates only in Georgia leads to a slower growth taking into account exchange rate as well as credit channel when the country operates in three currencies;

• Based on the GEL REER assessment, which always seems to be one of the top priorities in the NBG framework, we do not see room for material appreciation;

• The policy rate is already high, being well above its neutral rate of likely around 7%;

• Furthermore, in the baseline we expect inflation to normalize in the second half of the year with YoY inflation still well above, but monthly inflation already around the target;

• In our view, the only argument of the rate hike could have been a “required action” one as recently inflation pressures are too high.

At the same time, the NBG has indicated that there may be some further steps to curb FC credit growth, while the existing measures on the non-mortgage side are deemed as sufficient to address the strong growth in this segment.

Per our judgement, we do not expect strong Larization measures in the near term for the following reasons: a) although FC credit is picking up, still the GEL growth prevails; b) the environment is still highly uncertain and much slower FC credit, without similar dynamics on the liability side, is a risk to the GEL, inflation and likely to the growth as well, in our view and c) taking into account already the record high interest rate differential, it is at least doubtful that any further cost incentives will be effective, including already high mandatory reserve requirements on foreign currency deposits. In fact, we are a long-time favorite for measures supporting the GEL confidence as well as stick to our view that a multicurrency lending is now the best solution considering the right balance between the opportunities and risks.

On the non-mortgage side, we would say it depends. The first and the most important: we don’t see an aggressive trend so far as unlike other credit segments which are lagging behind, non-mortgage growth is in line with nominal GDP and household disposable income increase. In fact, this is natural as the consumer credit tends to have a fastest recovery. Also, we don’t buy an argument that in Georgia the non-mortgage penetration is too high. At the same time, if going forward the non-mortgage credit growth substantially exceeds the nominal income growth for even a couple of months in a row, despite this type of credit not being a major early warning indicator, we would still bet on a tighter measures imposed by the regulator.

Last week, international reserves data was also published. Decrease in net reserves continues likely on the back of government operations. As net inflows are strong, we keep our baseline of higher reserves unchanged. Moreover, if the GEL appreciation pressures strengthen further, it seems the NBG will start buying the USD.

Credit penetration substantially differs across countries even when adjusted for the income level. When looking at the household debt penetration, besides other drivers such as the credit infrastructure and structure and the historical performance, it is important to use household income, rather than GDP as the household income to GDP ratio itself also differs substantially across countries. The share of large industrial production, commodities, remittances, taxation and redistribution, pension system and other factors lead to such differences. Also, from the risk perspective the change in penetration combined with other early warning indicators is more important rather than its level only. We will address this topic more comprehensively in our force coming publications", - the report reads.