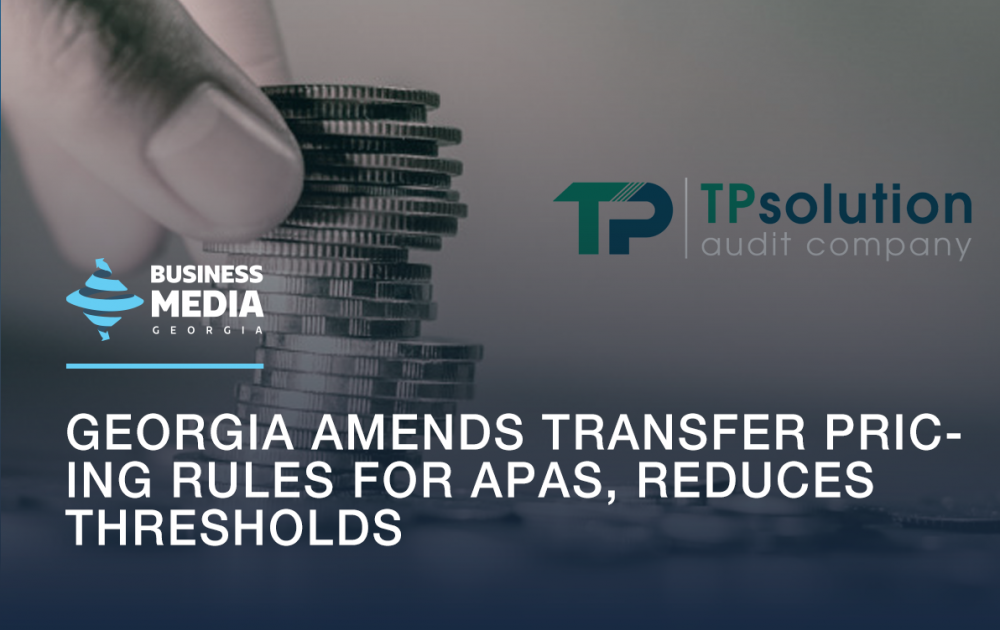 By Gela Barshovi, International and Georgian tax consultant and managing partner at TPsolution. this article has initially been published by the author on MNEtax

A detailed finance ministry transfer pricing decree relating to unilateral APAs has been in force since December 2013. However, these APA rules are not implemented in practice due to the absence of full procedural guidelines.

This is an important step forward for the practical implementation of APAs for transfer pricing cases in Georgia. As soon as a Georgian government decree setting out prices payable for an APA application is published (expected very soon), the Georgian Revenue Service will begin accepting applications for unilateral APAs.

The new decree provides that taxpayers will be entitled to request a pre-application meeting with the Georgian Revenue Service’s transfer pricing division, where the case will be discussed. Based on the impressions/conclusions from this meeting, the taxpayer can then decide whether to proceed with the APA application or withdraw. The meeting also helps the tax authority analyze whether to accept the application if it is submitted.

Importantly, under prior Georgian transfer pricing rules, enterprises could apply for an APA only if the value of the future expected controlled transactions was at least Gel 50 million (approx. USD 15 million).

Under the amendments, this precondition is eliminated. Thus, Georgian companies are entitled to apply for a unilateral APA in Georgia regardless of the value of the expected controlled transactions. This change will open up the possibility for many relatively small Georgian enterprises to apply and enjoy high tax certainty by having an APA in place.

The following sample forms necessary for filing APA applications were added as appendices to decree #423:

• The application form for requesting a pre-APA application meeting with the tax authority (to be filled in and submitted by a taxpayer);

• The application form for the APA request (to be filled in and submitted by a taxpayer);

• The form of APA (to be issued by the Georgian Revenue Service and signed by both parties);

• The form for determination consistency of the enterprise’s transfer pricing policy with the approach provided in the concluded APA act (to be filled in and submitted by the enterprise in the next reporting period(s) after concluding the APA).

At this point, a decree on the price for an APA application is the only missing element. This is expected to be published shortly. Thus, we have a sufficient basis for assuming that, by 2022 at the latest, Georgian companies will be entitled to request a unilateral APA.

Sales Of Residential Real Estate Down In Batumi - Colliers