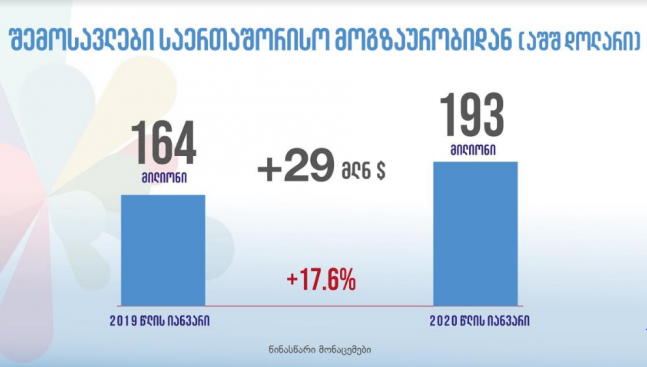 Georgian revenue from international travelers amounted to $193 million in January 2020, which is 17.6 per cent more compared to the same period of last year, says the Georgian National Tourism Administration (GNTA).

In January 2019, Georgia earned $164 million from international travellers which was $29 million less than in January 2020.

Meanwhile, Georgian airports served 314,079 passengers in January 2020 in total, which is a three per cent decrease compared to the same period of last year, said the United Airports of Georgia earlier today.