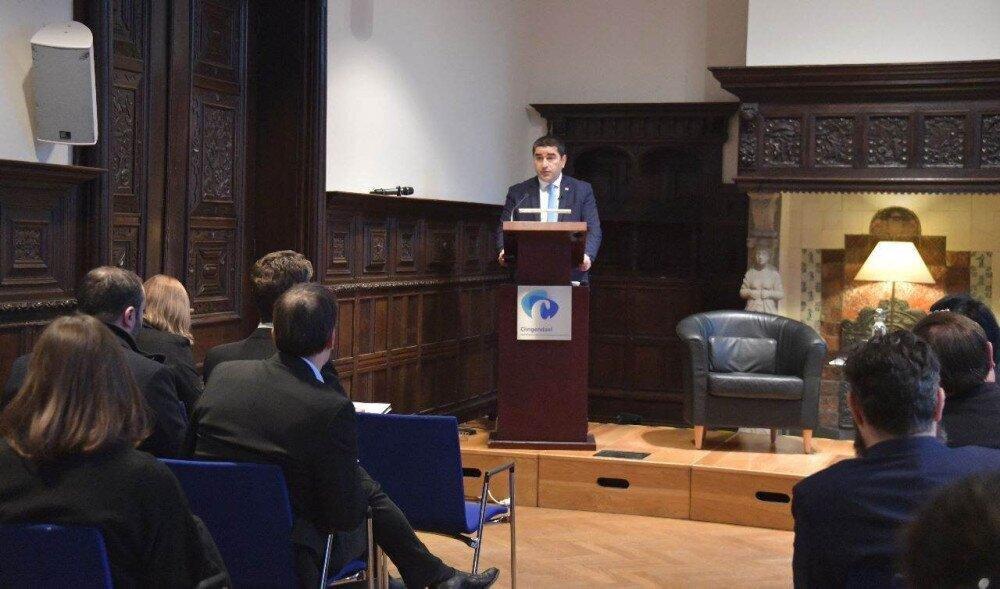 Georgia has already received a European perspective on the path of EU integration, and there is no longer any question about its European future, which many generations dreamed of and for which many generations fought. Georgia firmly belongs to Europe, said Shalva Papuashvili, the Chairman of the Parliament of Georgia, during his speech at the public discussion at the Clingendael Institute. The Parliament of Georgia disseminates information about this.

Speaking about the European perspective of Georgia, Shalva Papuashvili focused on the current processes in the region, political, economic, social, climate and military changes.

According to him, despite these changes, Georgia manages and maintains its foreign-political priorities.

"We have to live in a world that is changing. The changes are causing political, economic, social, climate and military difficulties. Russia's aggression against Ukraine, renewed military conflict between Armenia and Azerbaijan and other challenges are clear examples of this. Europe's security architecture has come under tremendous pressure.

In the conditions of the mentioned changes and turbulence, Georgia manages and maintains its foreign-political priorities," said Shalva Papuashvili.

The Speaker of the Parliament spoke about the progress of Georgia in terms of the implementation of the recommendations of the European Union.

According to him, granting the candidate status will be an incentive for other countries of the region and at the same time, it will protect the region from Russia's geopolitical efforts.

"We began to implement the recommendations of the European Union with great enthusiasm. Despite the fact that the process is not over yet, Georgia has made significant progress in the last 6 months. Our goal is to strengthen state institutions, to further approximate EU legislation and complete Europeanization of the country.

Granting the EU candidate status to Georgia will add more energy to Georgia's still young but dynamically developing democracy and will be a great incentive for other countries in our region.

The status of candidacy will also reduce the efforts of such ill-wishers as Russia, who wants to cover our region with a geopolitical iron curtain again," said Shalva Papuashvili.

The public discussion "European perspective of Georgia" took place within the framework of the visit of Shalva Papuashvili and his accompanying delegation to the Kingdom of the Netherlands.