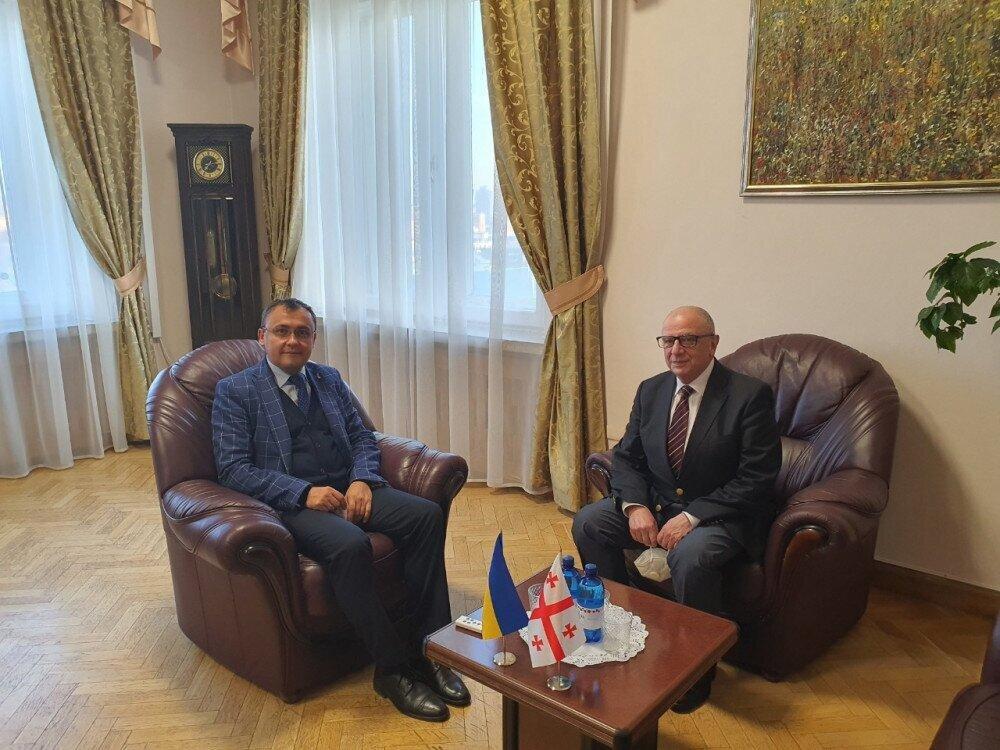 Back
Ambassador of Georgia to Ukraine Teimuraz Sharashenidze returned to Kiev on April 21 and took up his duties. According to the Ministry of Foreign Affairs, the Ambassador met with the Minister of Foreign Affairs of Ukraine Dmitry Kuleb and the Deputy Minister of Foreign Affairs Vasily Bodnar.
At the meetings, the Ukrainian side welcomed Tbilisi's decision to return the ambassador and welcomed the move, especially in the light of the military escalation along Ukraine's borders and in the temporarily occupied territories.
The active dynamics of Georgia-Ukraine relations were noted at the meetings.
On behalf of the country, the Ambassador of Georgia once again expressed solidarity and support to the state of Ukraine and the Ukrainian people.
The parties expressed readiness to actively cooperate in further deepening the strategic partnership between Georgia and Ukraine.
The information is spread by the Ministry of Foreign Affairs of Georgia.
Teimuraz Sharashenidze

COVID-19: Pressure Mounts on UK and France to Agree on Financial Aid for Eurostar as It Fights for Survival