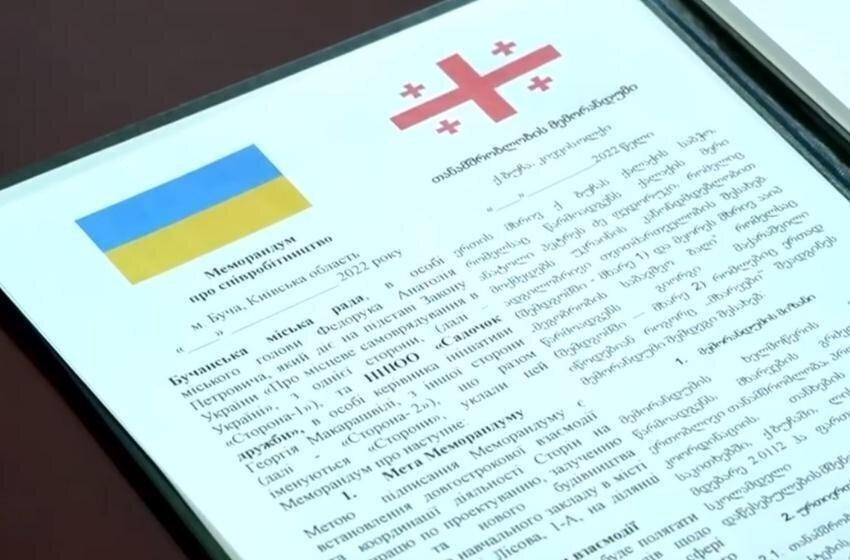 Georgian architects and engineers will build a new 120-place kindergarten in Bucha, Kyiv region. This was announced by the city’s mayor, Anatoly Fedoruk.

The head of the Georgian initiative, Georgy Makarashvili, signed a memorandum on interaction and coordination of activities with the Bucha authorities. It is about designing and attracting funds to start the new construction of a preschool educational institution at 1-A Lisova Street.

The community of Georgian citizens will finance the construction, and Georgian companies will arrange, decorate and beautify the territory. The developed concept and its presentation united ten thousand residents of Georgia.

Fighting in the city of Bucha, under Russian occupation for more than a month, led to a significant destruction of the infrastructure. Kyiv School of Economics experts estimates them at more than 5 billion hryvnias or 191 million dollars. In the city, the Russians destroyed 26 educational institutions, The Odessa Journal reports.