Georgian Business Association to meet the NBG about the Banking Regulations 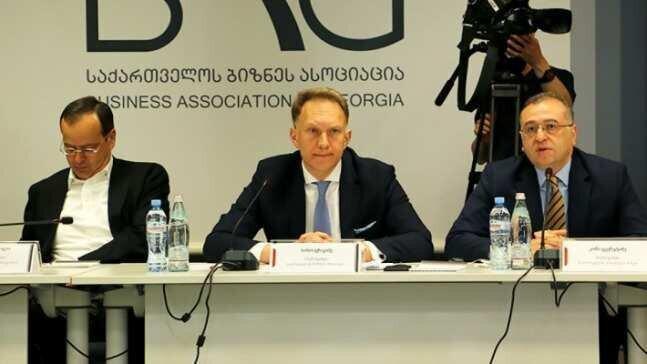 According to him, it is good that banking regulations have softened once and the second wave of mitigation is set to take effect in March.

“You know that there are more than 10 banks in the association. Throughout 2019 we were actively involved in the discussion of banking regulations.

They were reviewed early in 2019. There is agreement that even more mitigation will occur. We will have a meeting with the President of the National Bank in the nearest future and we will state our attitude in this regard.

However, the project we have seen is acceptable for both banks and representatives of various sectors, which were adversely affected by banking regulations. We were talking about it openly, it is good that coincidence and reconciliation took place”, said Soso Pkhakadze.

Shalva Alaverdashvili: real situation in the hotel business is quite difficult

Giorgi Pertaia: politicians should not talk that business environment is bad

Shalva Alaverdashvili: real situation in the hotel business is quite difficult

Giorgi Pertaia: politicians should not talk that business environment is bad