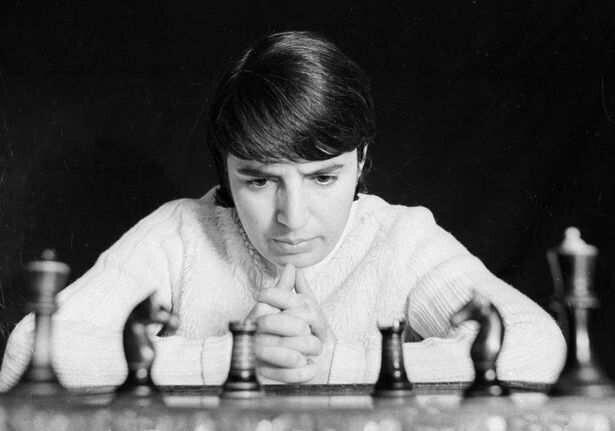 Back
The first female chess grandmaster has blasted drama ­makers for an error about her in series The Queen’s Gambit.
Nona Gaprindashvili, women’s world champion from 1962-78, is furious the Netflix show wrongly tells viewers she never competed against men.
The fabrication claim is the latest accusation against the streaming giant, which faces criticism for a conjecture about Prince Charles and Princess Diana in its hit series The Crown.
In an exclusive interview, Nona, 79, who was shown The Queen’s Gambit by her granddaughter, said: “I was very displeased to ­discover this very serious, even crude error.
“When you incorporate real people in your fictional story, it’s necessary you properly check the facts.
“It is ­downright offensive to hear I never played men.
“What was so hard about getting your facts straight? They could have simply googled me.
"There is plenty of information about my career there.”
In the seven-part series, which is a global hit with 62 million viewers so far, Anya Taylor-Joy plays troubled child chess genius Beth Harmon who goes on to beat the world’s best male players.
In the show a commentator at one of her matches, which is also being watched by an actress playing Nona, tells viewers: “The only unusual thing about her really is her sex.
"But even that’s not unusual in Russia... there’s Nona Gaprindashvili... she’s the female world champion and has never faced men.”
In fact, Nona played some of the greatest male players of all time, including at the prestigious Hastings tournament in the 1960s.
The Georgia-born star was surprised to learn former world champ Garry Kasparov was a series consultant and could have allowed such a mistake, saying: “He always expressed nothing but respect towards me.”

Nona said she played men regularly from 1963 onwards, including Svetozar Gligoric, Paul Keres, Boris Spassky, Bojan Kurajica and Mikhail Tal.
And she said men seemed to find it difficult to play a woman.

Nona said: “Every man I ever played, especially in my early years, was hesitant to draw with me, which they’d have done against a male counterpart in an instant, because they were ashamed of losing against a woman. Mikhail Tal was a fun one.”
She explained he lost to her having recklessly sacrificed a piece early.

After, half jokingly, he said he wanted to see how a woman would defend herself.
She replied: “Well, now you’ve seen it” and had a five-match winning streak.
Nona used her sex as potent psychological leverage and after the first Hastings tournament in the 60s she felt she was accepted there as an equal.
Despite her anger with producers, she is glad the show is a success and hopes it will inspire others to play chess.
Asked if flirting or romance blossomed in the championships, as depicted in the show, she said: “No. They were gentlemen and they were too occupied with what happened on the board, trying to defeat me, to go for such silly shenanigans.”
Last week, Culture Secretary Oliver Dowden said The Crown should say it is fiction.
Netflix Nona Gaprindashvili Queen's Gambit

How Many Trucks Cross Georgia And How Much Income Does The Country Get From Transit?