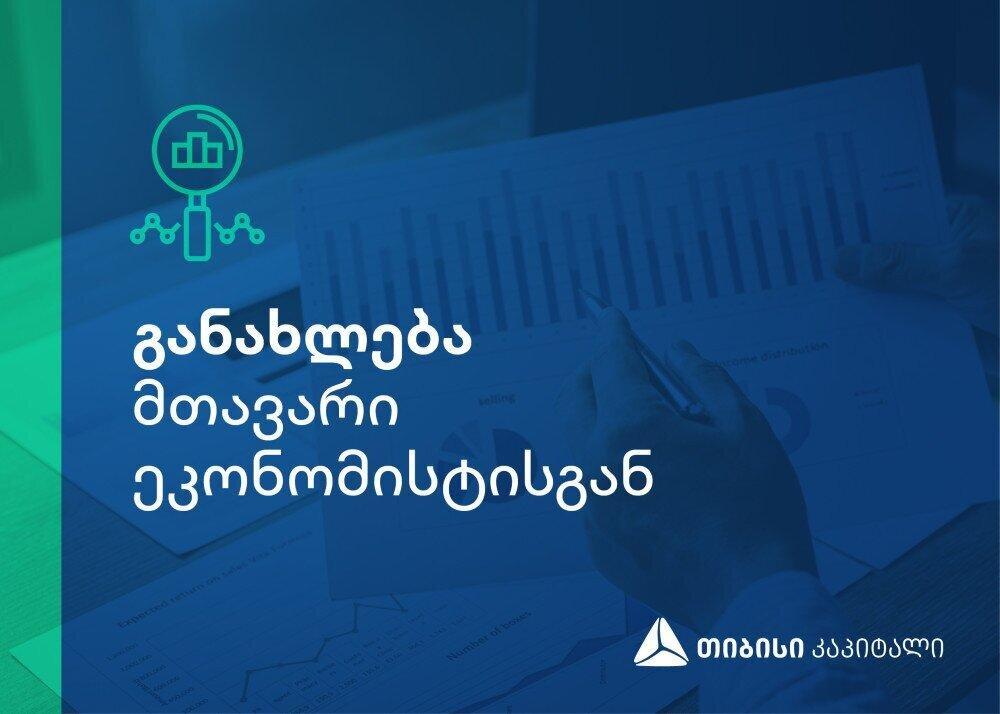 TBC Capital leaves its forecast in place and predicts that the Georgian economy will rebound more than 10% for the full year 2021.

“The Geostat also published data for the second quarter GDP, with YoY growth amounting to 29.9%. Importantly, the recent version is the revision of the initially estimated monthly growth data, leaving our earlier projection of more than 10% rebound for the full year 2021 in place”, - TBC Capital reports.

According to the report, August exports cooled more than expected with 14.7% YoY increase in USD terms, besides base effect, probably on the back of the softening pent-up demand worldwide, though traditional monthly volatility has to be also taken into account.

“Contrary to exports, imports continued strong performance relative to the previous months indicating to a rebound in the domestic demand, likely further fueled by the dissavings especially in foreign currency, having a positive impact on the GEL. The domestic demand was also supported by the higher remittance inflows being up by 11.2% YoY”, - the report reads.

TBC Capital also makes a focus on the NBG monetary policy committee decision, which was kept at 10%.

“While inflation is very high, we agree on the next year moderation outlook, assuming stability of GEL and commodity prices. Among others, this argument is likely also supported by the recently released wage data. Though the YoY salary growth in Q2 was strong at 15.5%, an estimated unit labor costs actually went down on the back much stronger output and productivity increase”, the report reads.