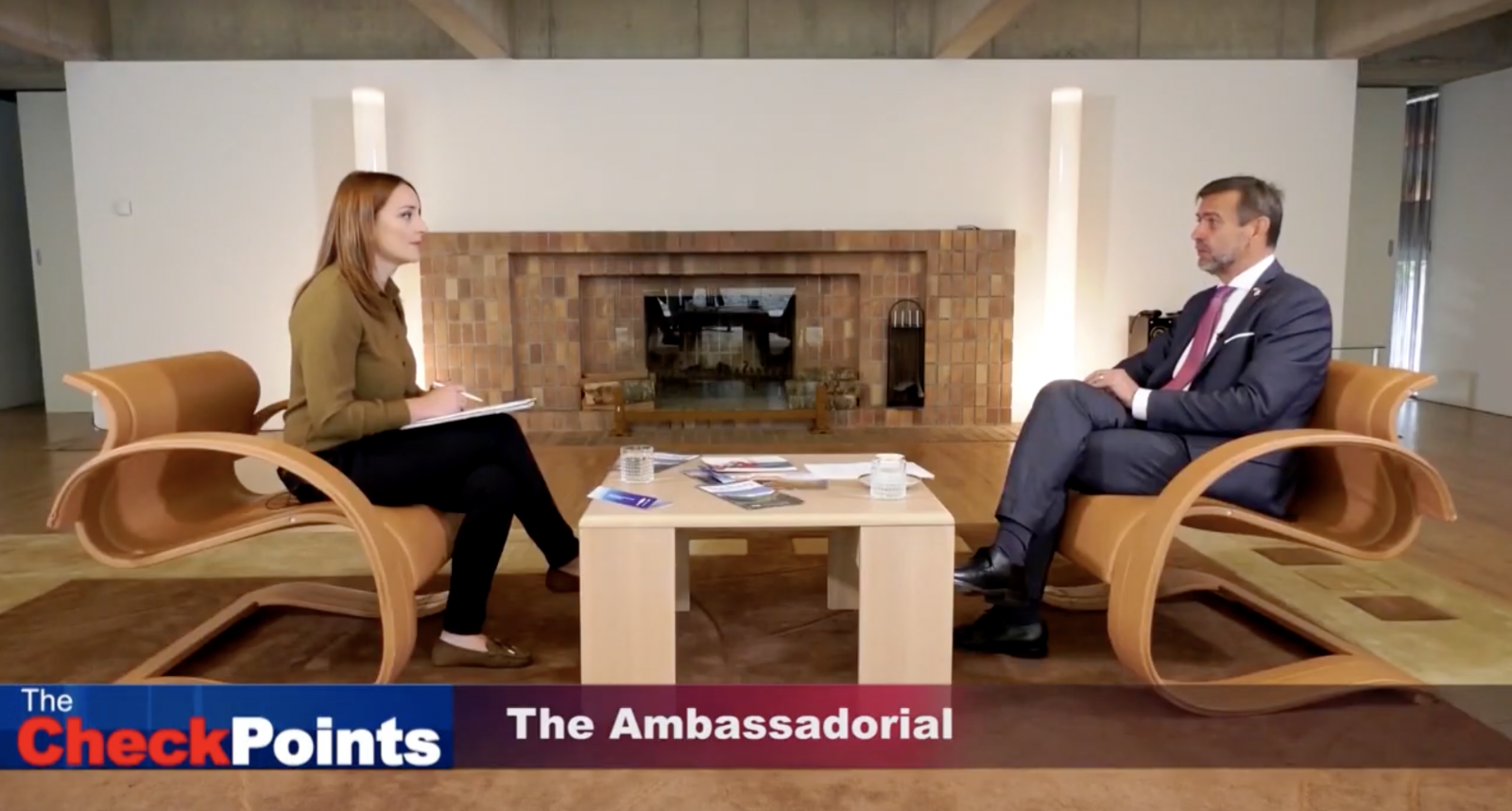 Back
Author:Ana Tavadze
“Every day we register questions from Czech citizens, tourists who wish to come to Georgia “– Czech Ambassador Petr Mykiska told The Checkpoints in an exclusive interview, conducted by Tamta Jijavadze, adding that “we must tell them that borders are closed and you are not allowed to come now and unfortunately you have to postpone your vacations”.
Czech Ambassador believes that this is the right decision. “I think this is for the sake of the safety of the population and we understand it” – he said.
Czech Ambassador also believes that there won’t be any problem for the Czech Republic to open borders to Georgian citizens, but he also believes that in this sense “everything must be reciprocal”.
“I am afraid that the Georgian government should not open borders for Czech citizens at this stage” – Mykiska told The Checkpoints.
Czech Ambassador Petr Mykiska