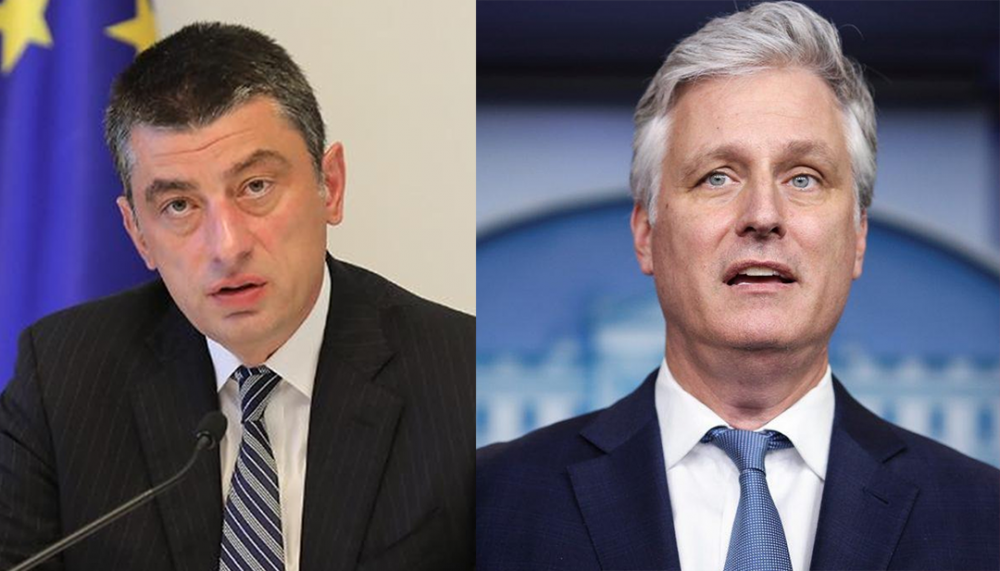 A telephone conversation took place between Georgian Prime Minister Giorgi Gakharia and National Security Advisor to the President of the United States Robert O’Brien, during which the parties discussed the main issues pertaining to strategic partnership and cooperation, as well as security challenges in Georgia and the region, the Government’s Press Service reported.

During the telephone conversation, the head of the Georgian Government welcomed the recent peace deal in the Middle East reached under the US leadership. Georgian Prime Minister also stated that considering geostrategic interests and common values, Georgia is a reliable partner and the main ally of the United States in the wider Black Sea Region.

The conversation also touched on the process of Georgia’s European and Euro-Atlantic integration and the importance of further deepening cooperation between the United States and Georgia in both security and economic dimensions. Special attention was paid to the illegal actions perpetrated by the Russian occupation forces in connection with the occupied territories and the challenges existed on the ground.

During the discussion, the Georgian Prime Minister and the advisor to the President of the United States stressed the importance of holding free, fair, and democratic parliamentary elections in October.

At the end of the telephone conversation, the Georgian Prime Minister officially invited the advisor to the President of the United States to Georgia.