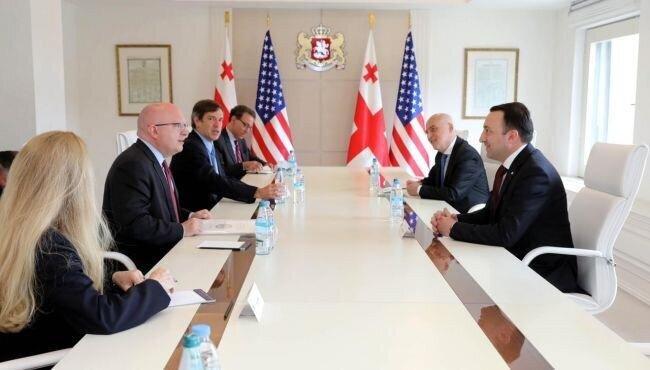 Visiting US official spoke about regional security issues with the Head of Government of Georgia after the series of meetings held in Armenia and Azerbaijan within the scope of his tour in the Caucasus.
The meeting held at the Government Administration was focused on the new geopolitical setting in the region. Dignitaries discussed the role of Georgia in the long-term security of the South Caucasus and future prospects of cooperation.

It was noted that Georgia will continue playing its role as an effective and credible partner, being an ardent ally of the USA in the region and beyond. The meeting was attended by David Zalkaliani, Deputy Prime Minister and Minister of Foreign Affairs of Georgia along with H.E. Kelly C. Degnan, Ambassador Plenipotentiary and Extraordinary of the United States of America to Georgia.
Kelly C. Degnan Government of Georgia David Zalkaliani United States Irakli Gharibashvili Philip Reeker European and Eurasian Affairs