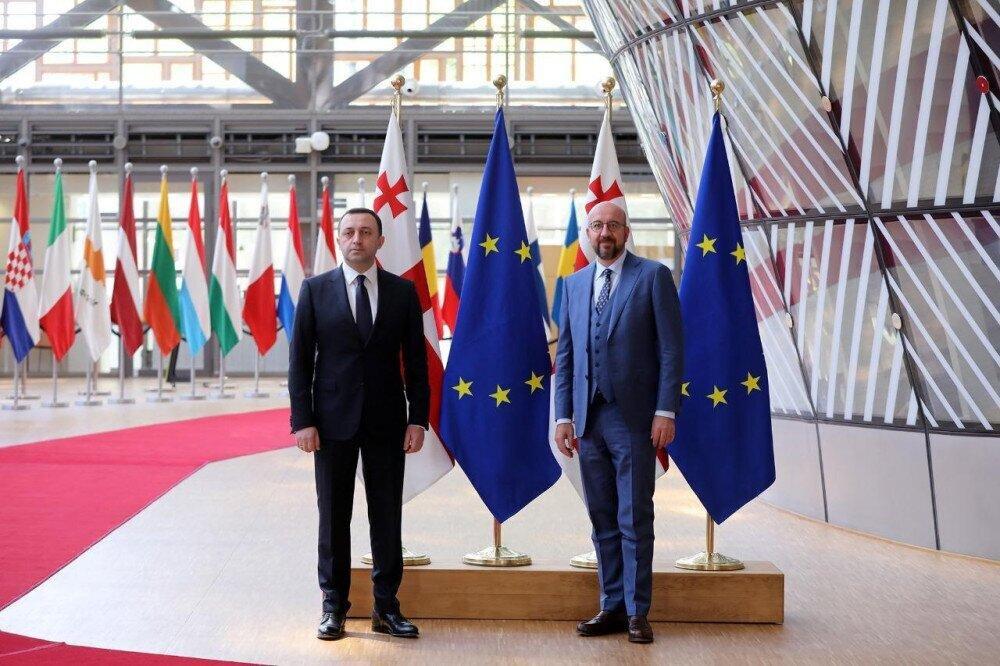 Georgian Prime Minister Irakli Garibashvili, as part of his ongoing working visit to Brussels,held a series of high-level meetings with the leaders of various European institutions.

This two-day visit included meeting with Charles Michel, President of the European Council. Georgia's EU membership bid and granting the status of a candidate to the country were the key issues discussed.

During the meeting, the parties held extensive discussions on the process of reviewing Georgia's application, including the European Commission's questionnaire, with both of its parts completed by Georgia ahead of schedule, also the country's progress toward implementing the Association Agreement and carrying out democratic reforms. The Prime Minister underlined Georgia's historical choice to return to the European family, emphasizing in this context the importance of the European Commission's opinion and the European Council's decision on granting Georgia the status of a candidate country.

The parties also discussed the region's security situation in light of Russia's military aggression in Ukraine, including the state of affairs in Georgia's occupied territories. The Prime Minister reaffirmed the solidarity and unwavering support of the Georgian Government and people for Ukraine. According to Garibashvili, ending the war in Ukraine is crucially important to all, and the consequences of this war will define the future of both the whole world and Georgia.