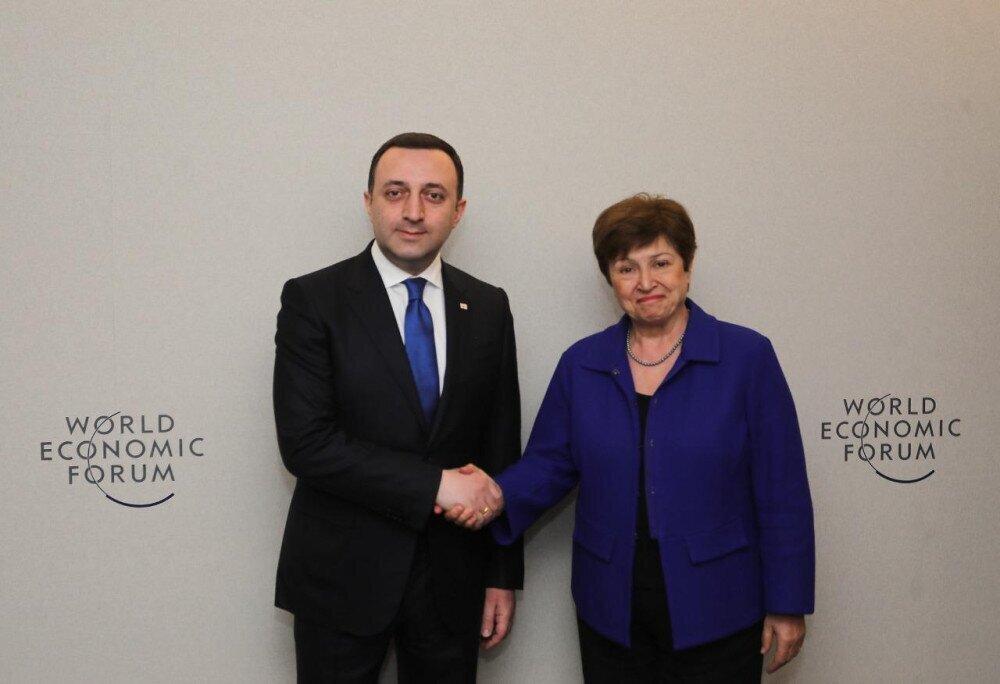 The investment environment in Georgia, the current economic processes in the country, dynamics of economic recovery in the post-pandemic period and specific measures planned by the Government were discussed on Monday in a meeting between the Georgian Prime Minister Irakli Garibashvili and Kristalina Georgieva, the Managing Director of the International Monetary Fund.

The discussion came in Davos as part of Garibashvili’s participation in the World Economic Forum, and focused on Georgia's application for European Union membership. The Prime Minister noted his Government had completed the European Commission self-assessment questionnaire ahead of time and now the country was waiting for a “relevant decision.”

The PM and the IMF Managing Director overviewed the dynamics of the “rapid recovery” of the Georgian economy in the post-pandemic period, and noted a relevant programme implemented with the support of the IMF during the pandemic had played an “important role” in responding effectively to the crisis.

The officials also discussed the ongoing hostilities in Ukraine, noting that Georgia continued to support the country at the political level, including in international formats, the Government Administration said.