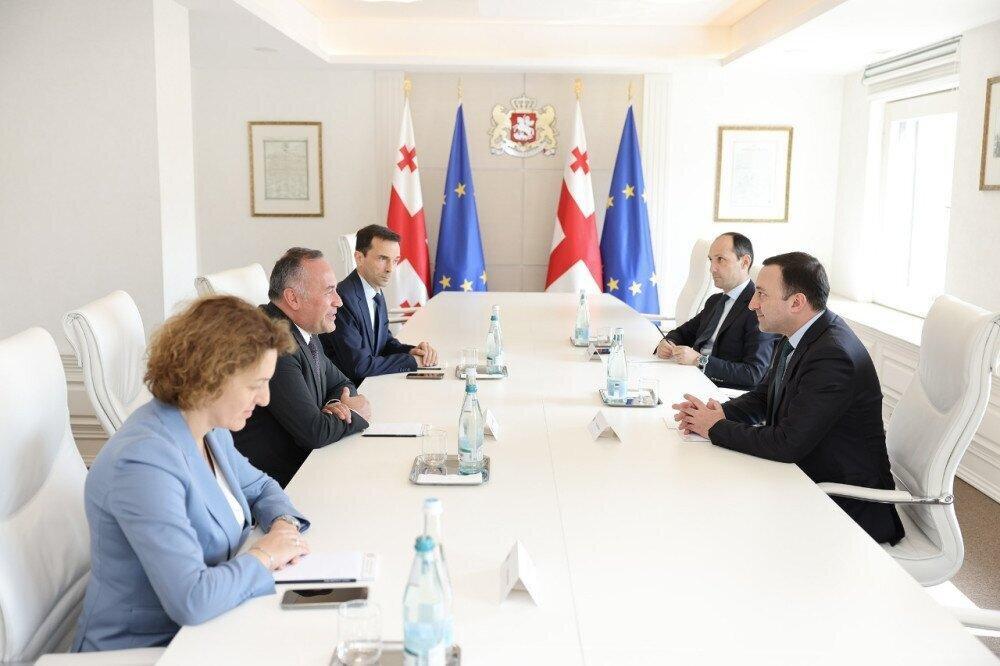 The parties discussed ongoing and prospective future cooperation. Attention was paid to the growing dynamic of restoring tourism in Georgia and the importance of improving services in this direction.

As it was noted, the pandemic has created many challenges for airport operators. The Head of Government welcomed the operative decisions of TAV seeking to improve the situation, also expressing hope that more innovations will be offered in the future.

The importance of encouraging new airlines and routes was underling at the meeting. According to the Prime Minister, the Government of Georgia is ready to actively collaborate with TAV in this direction.

The meeting was attended from the Georgian side by the Vice Prime Minister/Minister of Economy and Sustainable Development, Levan Davitashvili, and from the TAV Airports’ side by the Chair of Executive Committee/Vice President, Franck Mereyde, and the General Manager of TAV Georgia, Tea Zakaradze.

TAV Georgia is an affiliated company of TAV Airports Holding. The company has invested 220 million USD in Georgia, consequently putting into operation new passenger terminals at Tbilisi and Batumi International Airports. The investment made in 2016-2017 resulted in the full rehabilitation of the runway at Tbilisi International Airport and the construction of a new arrivals terminal.