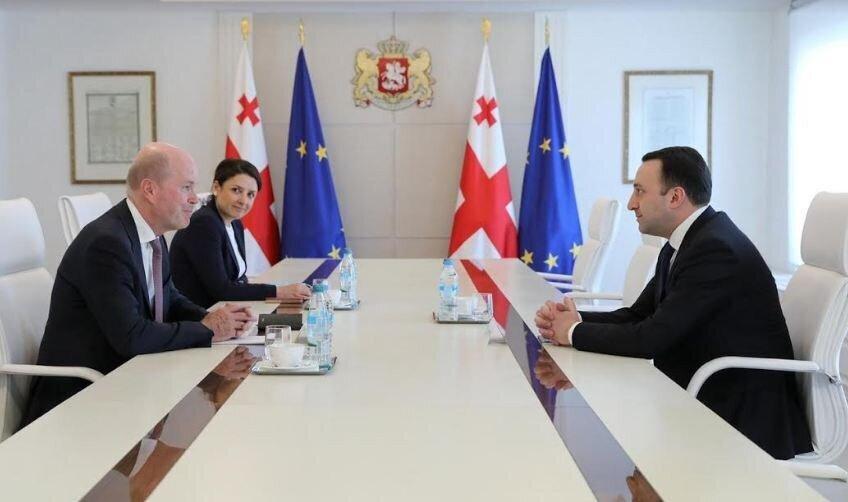 Back
The Prime Minister of Georgia Irakli Gharibashvili met with BP Regional Director Gary Jones.
As reported by the press service of the Prime Minister, the investments made by the company in Georgia were discussed at the meeting held at the government administration. It was noted that BP has been cooperating closely with Georgia for 25 years and is one of the largest investors, which has significant benefits in terms of transportation of energy resources and fuel supply to the country.

It was noted that the Georgian side is ready to discuss with the company various investment directions, including opportunities for the development of renewable energy projects in Georgia.

"The importance of the projects implemented by BP in Georgia was emphasized at the meeting, including the three large oil and gas transit pipelines passing through the territory of Georgia.
Also, the importance of the Baku-Supsa pipeline and the Baku-Tbilisi-Ceyhan oil pipeline, which has been operating since 2006. It is a direct transport line between the Caspian and Mediterranean Seas.
"The importance of the South Caucasus Pipeline Project (SCP), through which natural gas is supplied from the Shah Deniz field in the Caspian Sea to the markets of Azerbaijan, Georgia and Turkey, was also underlined," the release said.
oil Natural Gas Irakli Gharibashvili BP Gary Jones Caucasus Pipeline Project