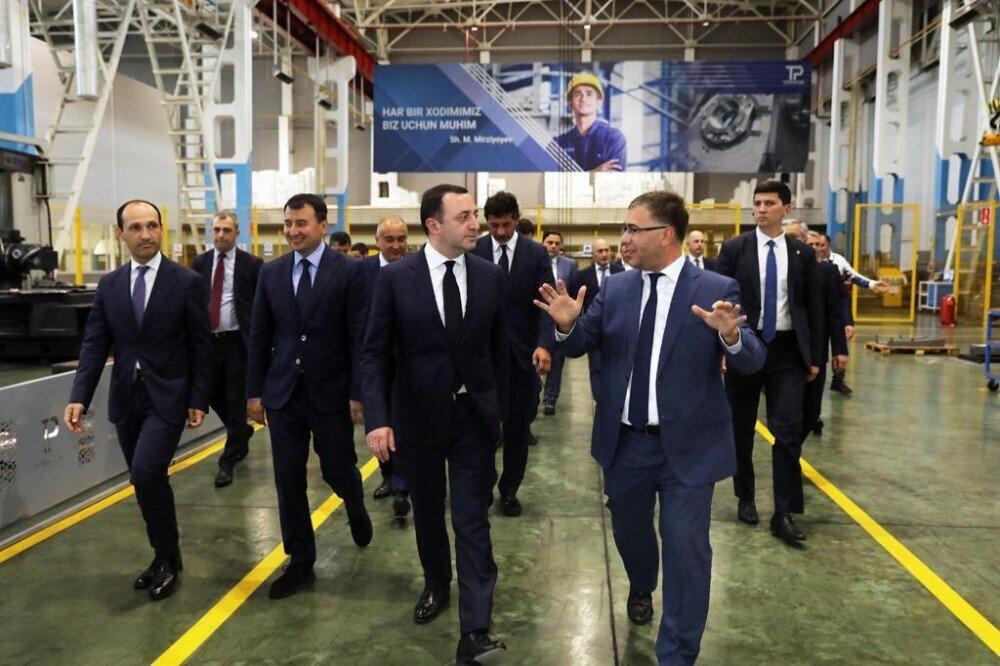 Georgian Prime Minister Irakli Garibashvili, as part of hist to the Republic of Uzbekistan, was hosted yesterday at TEXNOPARK in Tashkent.

The Head of Government, accompanied by Georgia’s delegation, familiarized himself with the park and the production process.

The Vice Prime Minister/Minister of Investments and Foreign Trade of the Republic of Uzbekistan, Jamshid Khodjaev, the Director of the IT Park, Sarvar Akhadov, and Tashkent’s Mayor Jahongir Artykhodzhaev briefed Irakli Garibashvili of TEXNOPARK’s achievements.

Established in 2019, Tashkent’s TEXNOPARK manufactures technical, electronic, construction, and appliance products for both domestic and foreign markets. Thirteen production facilities with over 5,000 employees operate in the territory of TEXNOPARK.