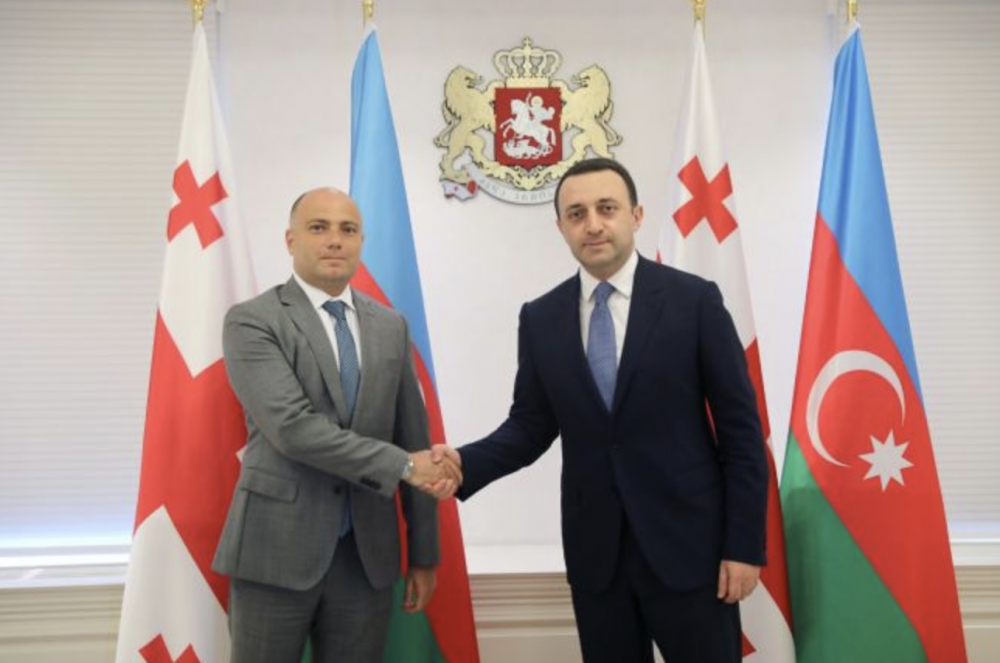 The meeting emphasized the recent agreement between Azerbaijan and Armenia mediated by the Prime Minister of Georgia. Minister Karimov thanked Irakli Garibashvili for his successful mediation resulting in the release of 15 Armenian citizens and maps of mined territories handed over to the Azerbaijani side. The Head of Government reaffirmed his commitment to continuing acting as a mediator for facilitating dialogue and ensuring peaceful conflict-resolution in the region.

The conversation also touched on developing bilateral cultural ties.
The meeting was attended by Azerbaijan's Ambassador Extraordinary and Plenipotentiary to Georgia Faig Guliyev and Head of the State Service for the Protection of Cultural Heritage of the Ministry of Culture Azad Jafarli, while the Georgian side was represented by Minister of Culture, Sport and Youth Affairs Thea Tsulukiani.
Irakli Gharibashvili