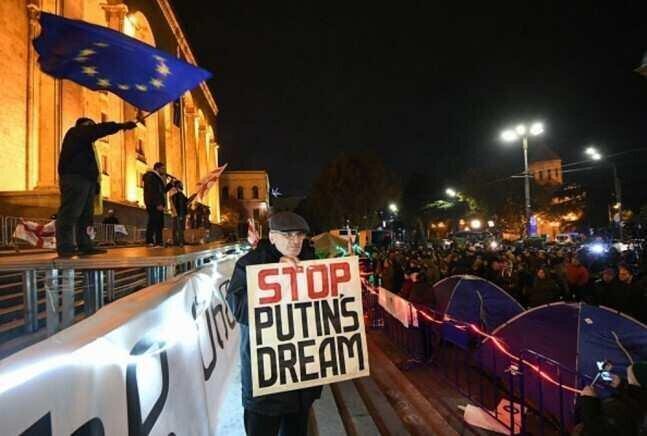 According to Bloomberg, Bidzina Ivanishvili, a former Georgian prime minister, his country’s wealthiest citizen and effectively the country’s shadow boss signed a a $75,000 a month contract with law firm of Hogan Lovells.

A letter attached to the firm’s Foreign Agent Registration Act filing with the Justice Department promises assistance in everything from legal analysis to public advocacy in Washington.

The lobbying contract itself was signed after letters were sent by Senator Roger Wicker, the Republican chairman of the U.S. Helsinki Commission and bipartisan leaders of the House Georgia Caucus to Georgia’s prime minister protesting the arrests and plans to pack the Supreme Court.

The latest letter from Congress raising concerns about these matters was sent last month from the Republican chairman and a leading Democrat on the Senate Foreign Relations Committee.