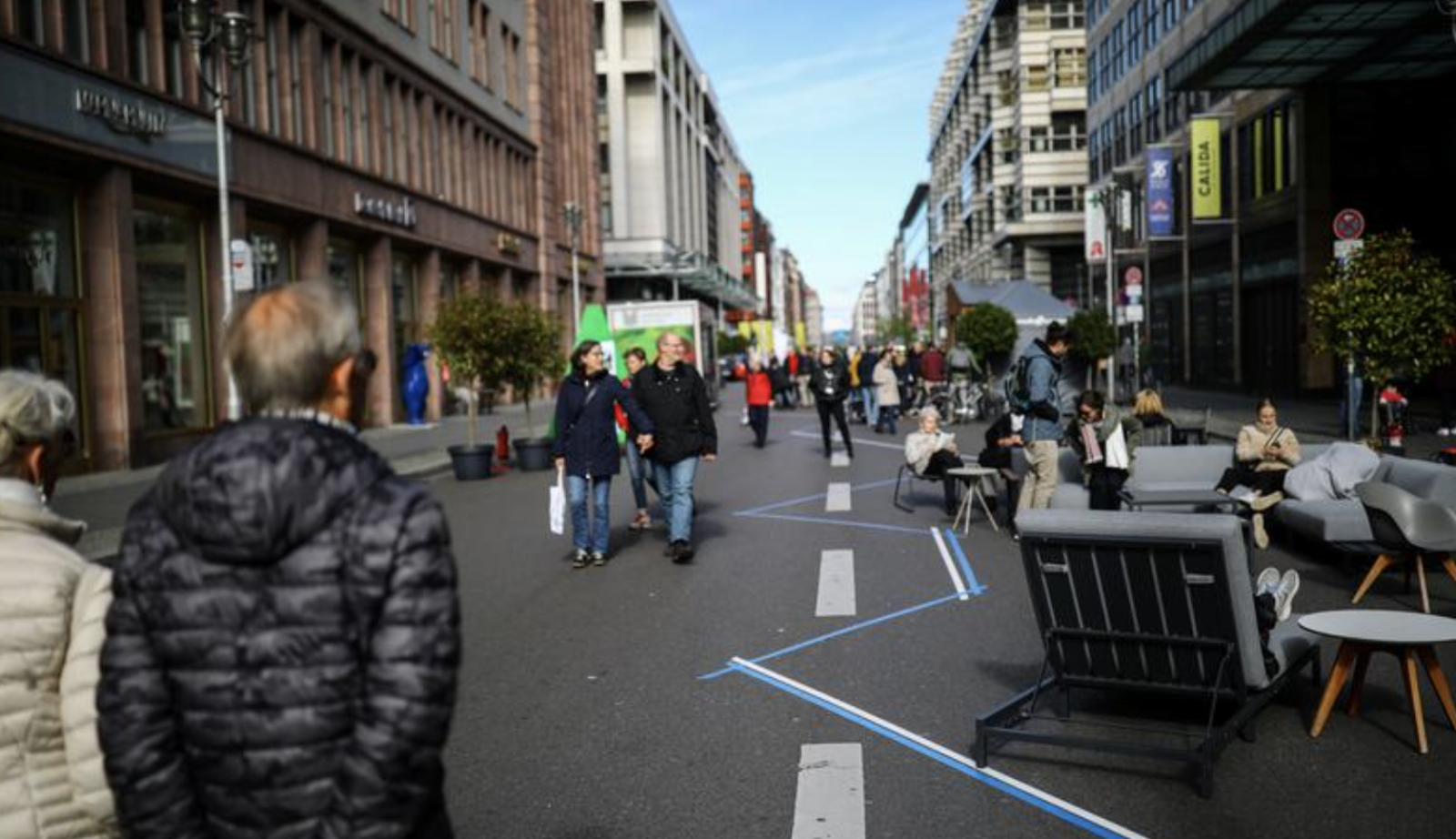 Back
German business groups expressed dismay on Thursday after Chancellor Angela Merkel and state leaders agreed a gradual easing of coronavirus curbs but added an “emergency brake” to reimpose restrictions if case numbers get out of control.
“The results of the coronavirus summit are a disaster for the retail sector,” said Stefan Genth, chief executive of the HDE retail association.
Under a five-stage plan, up to five people from two households will be allowed to meet from March 8, with children under 14 exempt. Some shops, including book stores and garden centres, can reopen.
Other retailers can only reopen in regions where case numbers are below 50 cases per 100,000 people over seven days. If the incidence rises above 50, ‘click and meet’ restrictions kick in, whereby customers book a slot to go to the store.
Siegfried Russwurm, president of the powerful BDI industry association, criticised the plan as insufficient and called on the government to speed up its efforts to expand vaccination and rapid testing.
On Thursday, Germany’s seven-day case average rose to 64.7 from 64 on Wednesday. New infections increased by 11,912 to 2,471,942 and the death toll rose by 359 to 71,240.
“The stable incidence of 50 prescribed for opening shops is not in sight,” the HDE said, adding that retailers were likely to lose another 10 billion euros ($12.1 billion) in sales by the end of March compared to 2019.
Merkel’s chief of staff Helge Braun defended the decision to ease curbs only gradually, telling ARD public broadcaster that the emergency brake for regions with incidence rates above 100 was needed to avoid a third wave of infections.
“That’s very important... because the opening steps come at a time when the numbers are slightly going up again and the British mutant is becoming the most common virus type in our country. So we have to remain cautious”, Braun said.
Health Minister Jens Spahn told lawmakers that rapid tests would be available for every citizen at least once a week which should enable a gradual opening of retailing.
The HDE was sceptical about the possibility of shopping by appointment, noting that personnel and operating costs would probably be higher than the turnover.
Hans Peter Wollseifer, president of the association representing skilled trades, called for faster progress on vaccination and mass testing for COVID-19.
“In order to prevent the death of businesses on a broad front, economic life must be made possible again as quickly as possible,” Wollseifer said. “The decisions taken now do not do justice to this.”
He called for other criteria had to be taken more into account instead of just focusing on the level of infections, such as the situation in intensive care units in hospitals as well as progress in testing and vaccination.
Source: Reuters
coronavirus Germany