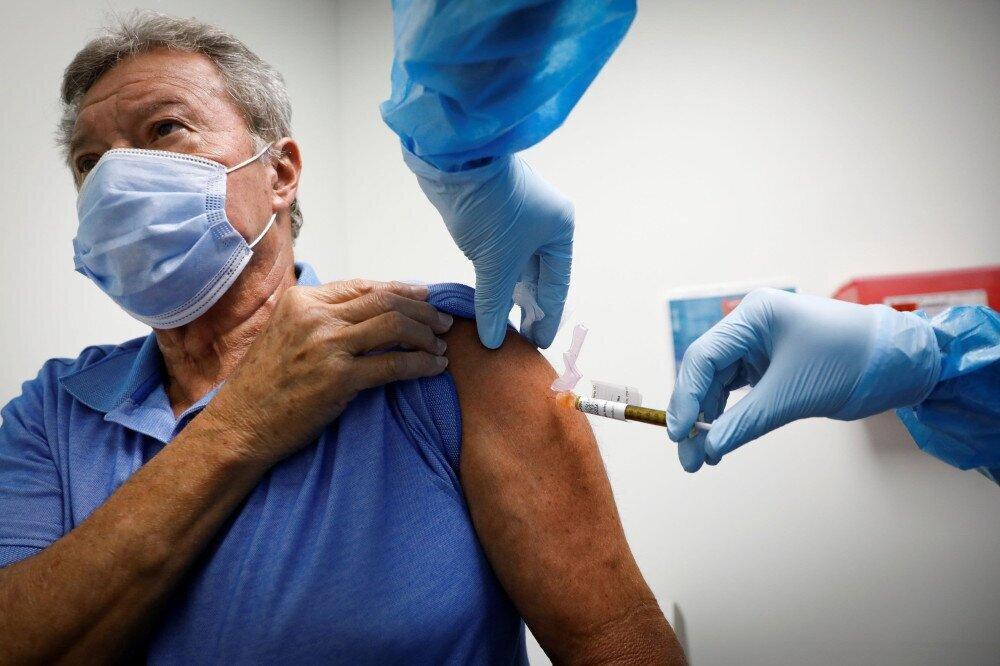 A German man is under investigation after authorities discovered he'd received the coronavirus vaccine at least 87 times, the Freie Presse newspaper reported.

The report comes as Germany battles a wave of COVID-19 infections and struggles to raise its vaccination rates compared to other western European countries.

Why did he get the jab so many times?

According to information attained by the Frei Presse paper, the 61-year-old man visited several vaccination centers in the eastern German states of Saxony and Saxony-Anhalt.

The man is believed to have gotten the jab up to three times a day at different jab sites — logging 87 coronavirus vaccinations in the state of Saxony alone.

A staff member at a center in the city of Dresden grew suspicious when he recognized the man, a spokesman for the German Red Cross, Kai Kranich, told the paper.

The next time he entered a vaccination center in the town of Eilenburg, outside of Leipzig, staff called the police and he was detained.

The German Red Cross pressed charges against the man on suspicion of his involvement in selling vaccination passports. Criminal investigations are currently ongoing in the state of Saxony, with authorities in other German states also investigating the man.

It is unclear how many times the man actually received the coronavirus vaccine — but the number is expected to be higher than the 87 known jabs.

How did he get away with it for so long?
According to the report, each time the man entered a vaccination site, he would bring a new, blank vaccination document with him.

After getting the jab, he would remove the pages with the information about the vaccine batch numbers and sold them to vaccine opponents.

The man registered for the vaccination appointments using his own name and birthdate, but did not present his health insurance card at the appointments — which could have potentially flagged his actions sooner.

Calls for vaccine register for Germany

The case has also unveiled the gaps in Germany's health care system — where medical information is largely not digitized or centrally stored.

"A national vaccine register or a coronavirus vaccine register would have shed light on the case immediately," Knut Köhler, a spokesperson for the Saxony state medical association told the newspaper.

In Germany, over 75% of the eligible population are fully vaccinated, while around 58% have received a booster shot. The numbers are especially lagging in eastern German states, where the fully vaccinated rate lies at 64.5% in Saxony.

Germany's vaccination rate is far behind its western European neighbors, with Spain logging 85% fully vaccinated and Portugal reporting a rate of over 91%.