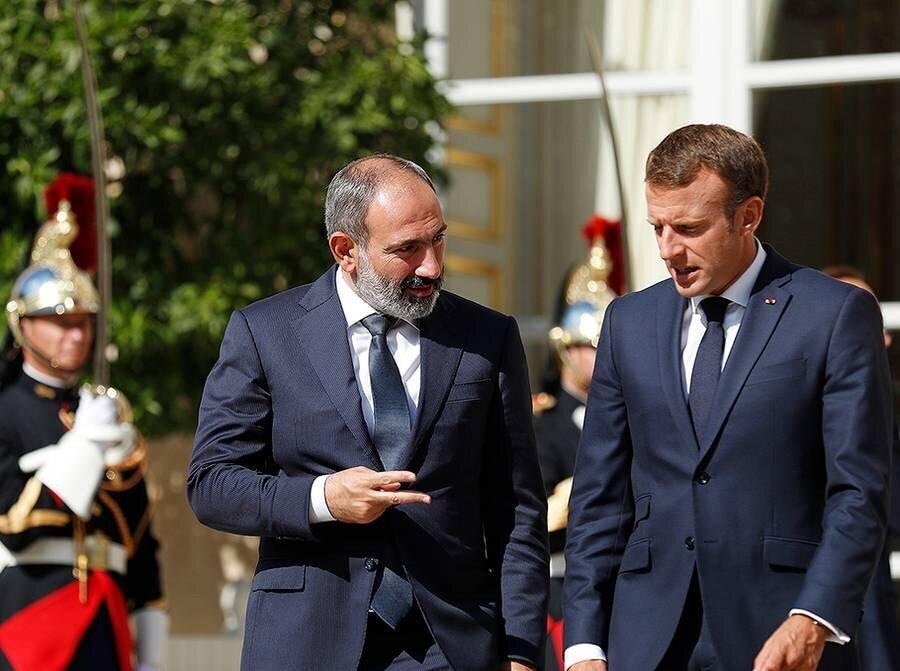 Azerbaijan accuses France of backing Armenia in its decades-long conflict over the breakaway region of Nagorno-Karabakh.

On Friday, Aliyev said he would not be meeting with Prime Minister Nikol Pashinyan in Brussels on December 7 because the Armenian leader demanded that Macron attend the talks.

Pashinyan "has agreed to the meeting only on condition that the President of France Macron take part," Aliyev told an international conference in Azerbaijan's capital Baku. "That means the meeting will not take place."

He accused Pashinyan of attempting to "scupper the peace talks."

There was no immediate reaction from Armenia.

Armenia and Azerbaijan have fought two wars -- in 2020 and in the 1990s -- over Azerbaijan's Armenian-populated region of Nagorno Karabakh. Turkey has backed Azerbaijan in the conflict.

The six-week war in 2020 claimed the lives of more than 6,500 troops from both sides and ended with a Russian-brokered ceasefire.

The two countries have recently begun working on a peace treaty under the mediation of the European Union and the United States.

In October, Aliyev denounced as "unacceptable and biased" Macron's televised comments that "Azerbaijan launched a terrible war, with many deaths, (and) atrocious scenes."

Azerbaijan's foreign ministry said at the time that Baku was "forced to reconsider France's role in mediating" the peace talks.

This year, Aliyev and Pashinyan met several times in Brussels and Moscow.

Under the Moscow-mediated deal, Armenia ceded swathes of territory it had controlled for decades, and Russia deployed about 2,000 Russian peacekeepers to oversee the fragile truce.

When the Soviet Union collapsed in 1991, ethnic Armenian separatists in Nagorno-Karabakh broke away from Azerbaijan. The ensuing conflict claimed around 30,000 lives, Agence France-Presse (AFP) reports.