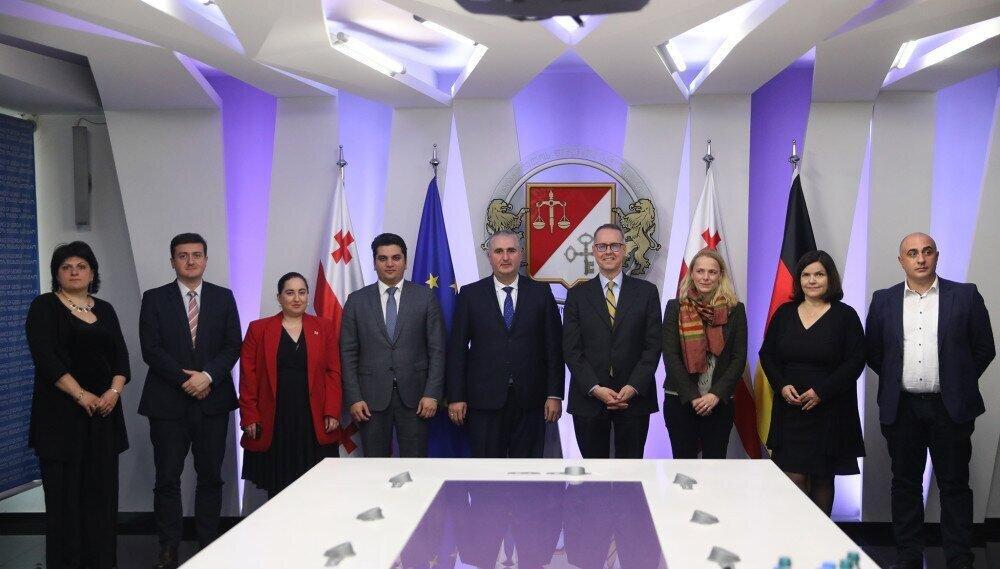 Loan and Grant Agreements were concluded by and between the Government of Georgia and Kreditanstalt für Wiederaufbau (KfW) on behalf of the German Government for the Municipal Infrastructure of Batumi (Phase V).

Loan and Grant Agreements were signed by H.E. Lasha Khutsishvili, Minister of Finance of Georgia and by Senior Portfolio Managers of KfW Bernd Hasel and Robert Roth, on behalf of the German Government.

The signing ceremony was attended by H.E. Peter Fischer, Ambassador Extraordinary and Plenipotentiary of the Federal Republic of Germany to Georgia; Jaba Putkaradze, Minister of Finance and Economy of the Autonomous Republic of Adjara;

Project envisages the arrangement of modern water supply systems in Batumi, improvement of the drainage systems and protection of the environment and natural resources within the municipality.

It is important to note that improved water supply and sewage systems will result in the creation of basic conditions in Batumi for a further extension of tourism in the municipality, ultimately leading to the economic development of the region.

KFW German Government for the Municipal Infrastructure of Batumi