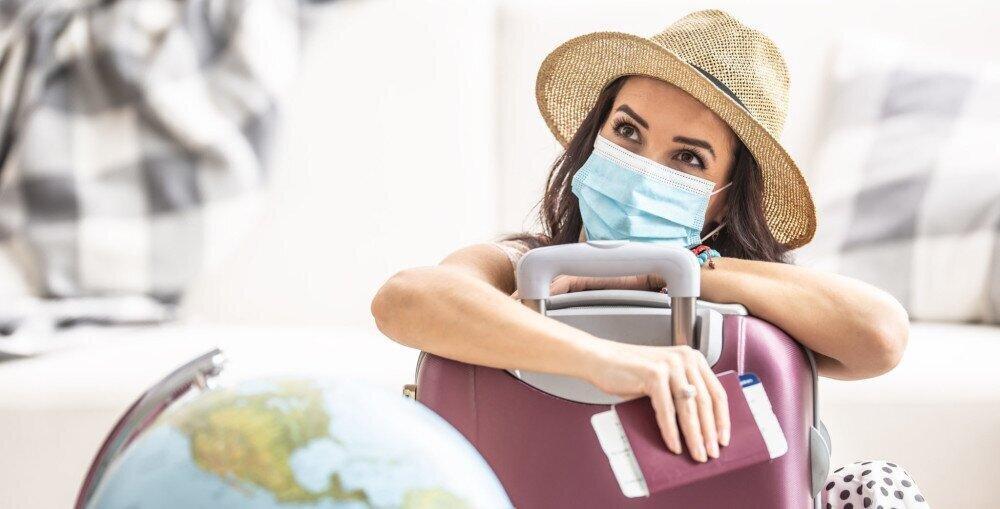 Back
The European Centre for Disease Prevention and Control (ECDC), which is the EU’s official public health agency, has revealed that the COVID-19 situation has worsened in Germany, Finland, and Ireland, which makes them amongst the most unsafe countries in the block to travel to.
According to the weekly-gathered figures published by ECDC on October 14, these three countries are currently part of the red list since they have registered 72 to 200 COVID-19 infection cases per 100,000 inhabitants and have had a test positivity rate of four per cent or more during the last two weeks.
As such, through its latest update, the agency has advised that stricter entry restrictions should apply against travellers from Germany, Finland, and Ireland, SchengenVisaInfo.com reports.
Based on the data provided by the World Health Organization (WHO), only during the last 24 hours Germany has registered 12,382 new COVID-19 infection cases and 72 deaths. During this same period, Ireland has reported 2,051 new infection cases and 26 deaths.
Germany was part of the red list last week too, which means that its epidemiologic situation has not improved over the last seven days.

Conversely, Finland has reported the least number of infections. During the last 24 hours, the country has registered 279 new Coronavirus cases and no deaths.
The increase of infection cases is mainly attributed to the fact that, on average, around 20 per cent of these countries’ population has not been fully vaccinated against the virus yet.

The figures from the ECDC show as of October 15, Germany has administered 108,031,313 vaccine doses, indicating that 78.1 per cent of the entire adult population has been fully vaccinated.

Similarly, 78.2 per cent of Finnish citizens have also been fully vaccinated against the virus. Until now, Finland has administered 7,788,689 vaccine doses.

In contrast to the two countries mentioned above, Ireland has the highest vaccination rates. So far, the country has administered a total of 7,262,263 Coronavirus vaccine doses, which means that 91.8 per cent of the population has received full vaccination.
Entry Rules for Red-Listed Countries
Even though each Member State has the right to decide on the entry restrictions for their territory, in general, unvaccinated and unrecovered travellers reaching other EU countries from countries that are part of the red list, including Germany, Finland, and Ireland, are required to follow strict measures, such as testing and self-isolation rules.

In some cases, those who have not been vaccinated or recovered are also required to undergo one test before travelling and another one upon their arrival in their destination country.

Conversely, travellers from red-listed countries who are able to prove that they have been fully vaccinated or recovered from the virus fall into the exemption list, meaning that they are not required to quarantine when travelling to another country.

In addition, for the most part, vaccinated and recovered travellers are also released from the testing requirement. Therefore, it is highly suggested that everyone checks their destination country’s entry restriction before travelling.