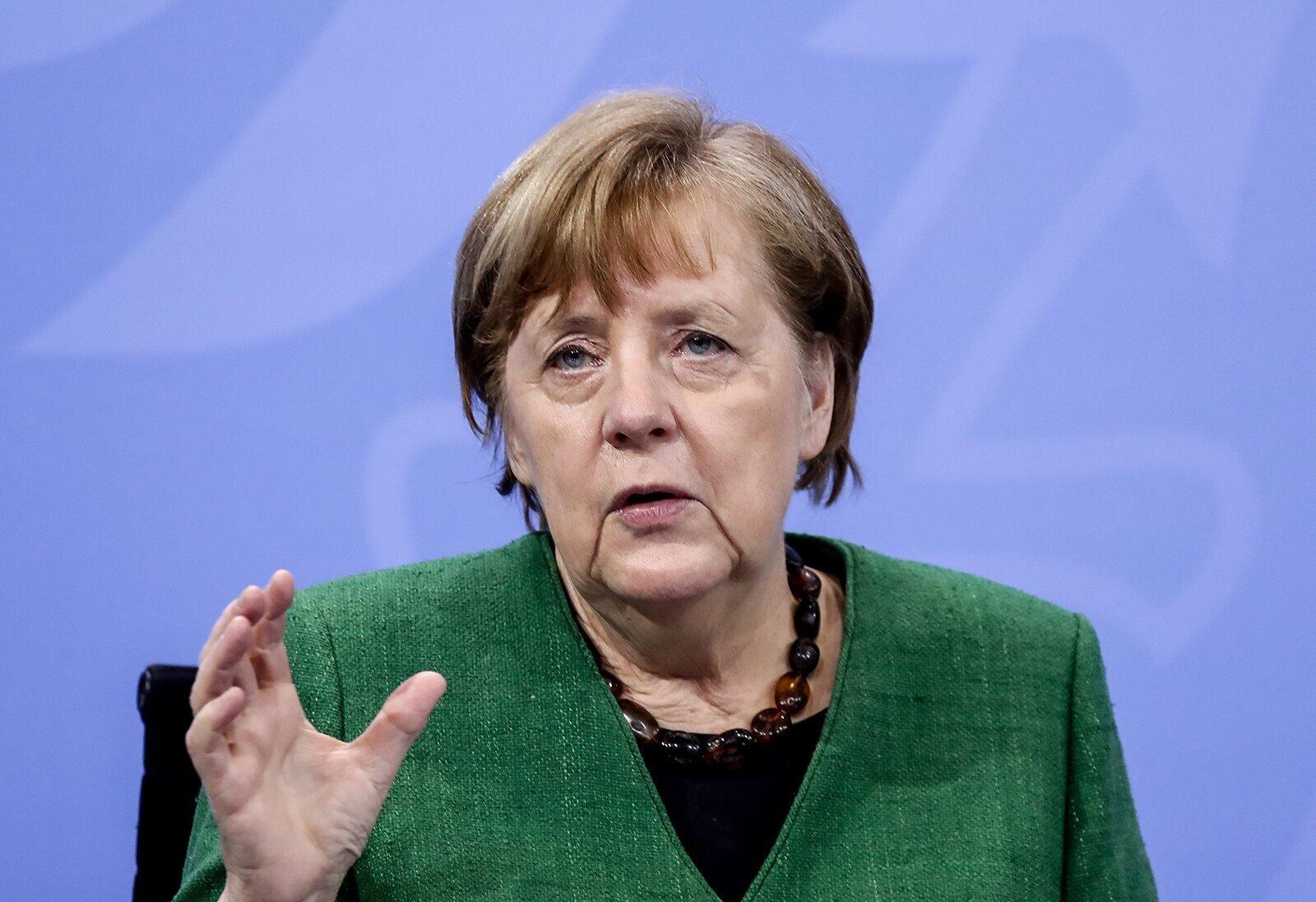 Back
German Chancellor Angela Merkel on Tuesday announced a hard five-day lockdown over Easter, as the country battles a sharp rise in new coronavirus infections.
Almost all shops will be closed over the Easter period from April 1 to 5, and no more than five people over the age of 14 from two households can gather. Grocery stores would be allowed to open for one day only, on Saturday, April 3.
The country's general lockdown measures will also be extended until April 18, Merkel said. Germans have been living under various levels of restrictions since mid-December.
The country's public health authority on Tuesday reported 7,485 new infections and 250 deaths over a 24-hour period. The daily infection number is 2,000 cases higher than it was a week ago. More than 108 people in every 100,000 are now getting infected every week.
"We know that the current emergency measures will not be sufficient to stop the exponential growth," Merkel said in the early hours of the morning after marathon negotiations with state leaders overnight in Berlin.
"That's why the 1st of April, Maundy Thursday, and the 3rd of April will be declared rest days this year with expanded contact restrictions and a ban on gatherings from the first to the fifth of April. That means expanded closures over Easter. For five days in a row the principle is: we will stay at home," Merkel said.
Germany has recorded more than 74,000 Covid-19 deaths since the pandemic began, and Merkel has said the country is experiencing a third wave of infections.
Merkel also said the newer UK variant was making it more difficult for the country to control the virus' spread.
"After being able to sharply reduce the number of infections in January, we are now seeing the more dangerous mutation with the penetration of the more contagious British mutant. We are experiencing exactly the opposite: The number of cases is increasing exponentially, the intensive care beds are filling up again, and now more people in middle and younger age are also experiencing difficult illnesses."
Germany's vaccine program, like many in the European Union, has been dogged by supply shortages. The UK and EU have been embroiled in a fresh spat over doses of the AstraZeneca vaccine, with the bloc's chief, Ursula von der Leyen, reportedly threatening to block a batch of shots from a plant in the Netherlands from being exported to the UK.
Merkel expressed supported for von der Leyen on Monday.
"The EU is the most exported area at the moment. I support the President of the Commission Ursula von der Leyen, who makes it very clear that when contracts that have been concluded with us are not fulfilled, the situation is of course different from when contracts are adhered to in full, and perhaps even more the European Union is delivered.
Source: CNN
Covid19 Germany lockdown