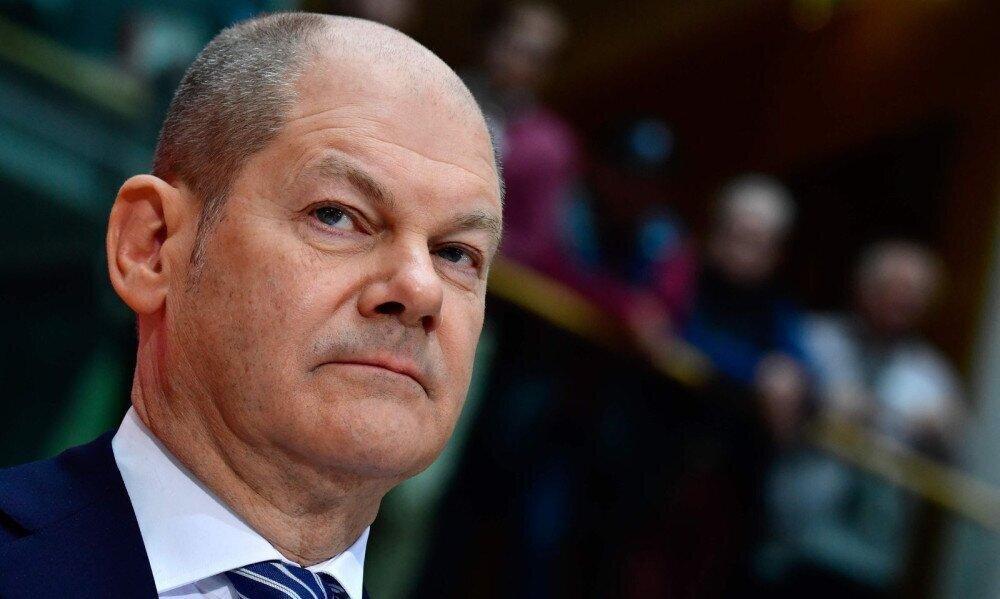 German Chancellor Olaf Scholz said that he would travel to Moscow in the near future to hold talks with Russian President Vladimir Putin.

The announcement came as criticism grows of what Ukraine and some NATO allies consider a soft German stance on the tensions between Ukraine, Russia and NATO.

The visit seems likely to come after Scholz's scheduled trip to Washington starting Sunday, with talks planned with US President Joe Biden on Monday.

In the interview, Scholz left open when he had last spoken with Putin on the phone, saying only that he had "of course spoken with the Russian president." According to official government briefings, he has had only one phone call with the Russian leader since taking office, on December 21.

This reticence has been compared unfavorably with the actions of other world leaders, with French President Emmanuel Macron speaking at least twice to Putin by phone in recent days. Italian Prime Minister Mario Draghi and British Prime Minister Johnson also spoke with the Russian president on Tuesday and Wednesday respectively to discuss his country's military buildup along the border to Ukraine.

In the Wednesday interview, Scholz disputed that allies could see Germany as an unreliable partner.

"That won't happen," he said. "Our allies know exactly what they have in us," he added, pointing to Germany's contribution to NATO's deterrence efforts toward Russia and Berlin's financial aid of nearly €2 billion ($2.26 billion) to Ukraine in the past few years.

Scholz said that his government was pursuing a double strategy: threatening Russia with sanctions if it invaded Ukraine and offering talks over ways to calm the situation.

Many people feared that there would be a war in the middle of Europe, Scholz said, adding that "it is all of our task to use this double strategy to ensure that this does not happen."

Scholz also dismissed accusations that his Social Democrats (SPD) were disunited over Ukraine. "The SPD is very united and stands behind the policies followed by the chancellor," he said.

Why is there criticism?

The German government and Scholz's party in particular have come under increasing fire in recent days over a perceived lack of unity regarding the action to be taken in the Ukraine crisis.

Scholz himself has been criticized for his government's delay in officially labeling the Nord Stream 2 gas pipeline — a pet project of the SPD — as a potential sanctions weapon against Moscow, while also refusing to send weapons to Ukraine.

Instead of arms, Germany sent 5,000 helmets to the Ukrainian army. Defense Minister Christine Lambrecht's remark that this was a "very clear sign" that Berlin stands by Ukraine also provoked much critical comment.

Weapons exports have been a sensitive issue in Germany ever since World War II. Germany says it almost never sends offensive weaponry to any conflict zones on principle, though critics say that these standards are not always kept.

Traditionally, modern Germany has anyway tended to behave in a conciliatory fashion toward Russia in light of the suffering caused to that country by German actions in the Second World War.

In addition, leading members of the Social Democrats have openly questioned whether the risk of an invasion is exaggerated, while former Chancellor Gerhard Schröder, also an SPD member, has warned Kyiv against "saber rattling."

Schröder, who, as chairman on the board of Russian oil giant Rosneft, is open to accusations of partiality, has also argued that the Russian military buildup is a response to NATO maneuvers in the surrounding region.

In Wednesday's interview, the chancellor played down the significance of Schröder's remarks, saying: "If I understand the German constitution correctly, there is only one chancellor, and that is me."

"I did not ask for his advice, and he did not give me any either," Scholz said of his predecessor.

The head of the conservative Bavarian CSU, Markus Söder, on Thursday suggested that Scholz should indeed ignore advice from Schröder as one-sided and instead turn to more recently-departed Chancellor Angela Merkel, who he said was more familiar with Russia than anyone else he knew.

"I would have thought it good to at least include Angela Merkel in consultations," he told broadcaster ARD.

Merkel's tenure as chancellor covered the major flare-up between Russia and Ukraine in 2014, starting with the toppling of an elected pro-Russian government in Kyiv after a popular uprising, and culminating in the annexation of Crimea by Russia and the start of open separatist conflict in the east of Ukraine.

The Christian Democrat also grew up in the former East Germany and spoke almost flawless Russian as a schoolgirl.