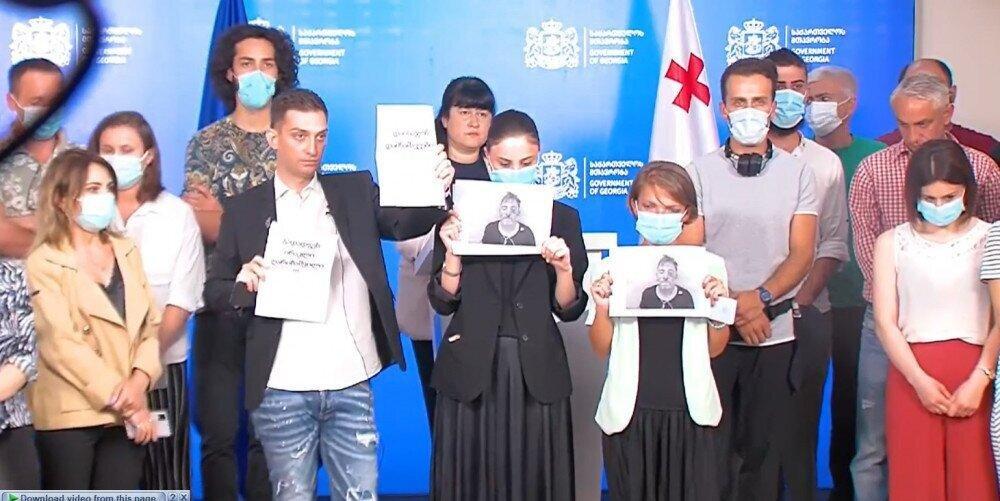 Traditional press-conference, held after the interagency council meeting in the government administration, began with a media performance-protest.

Journalists and cameramen - stood in front of the tribune with photos of cameraman Lekso Lashkarava, protesting against media violence and the situation in the country.

“Today is Lexo Lashkarava’s funeral and no one has the right to stand in front of this tribune. Prime Minister Irakli Gharibashvili must resign because he is the number one homophobe and abuser”, - Giorgi Kibabidze, one of the journalists of Formula declared.

Deputy Minister Tamar Gabunia, who was standing near the tribune, expressed her grief over the incident and said that today was a very difficult day for everyone.

"My deepest condolences to his family. It is a great loss and the Ministry of Health fully shares the gravity of this loss. I hope that common sense in this country will allow us to find a unified, constructive solution to this situation and return to the problems of democratic development, as everyone expects," - said Tamar Gabunia.