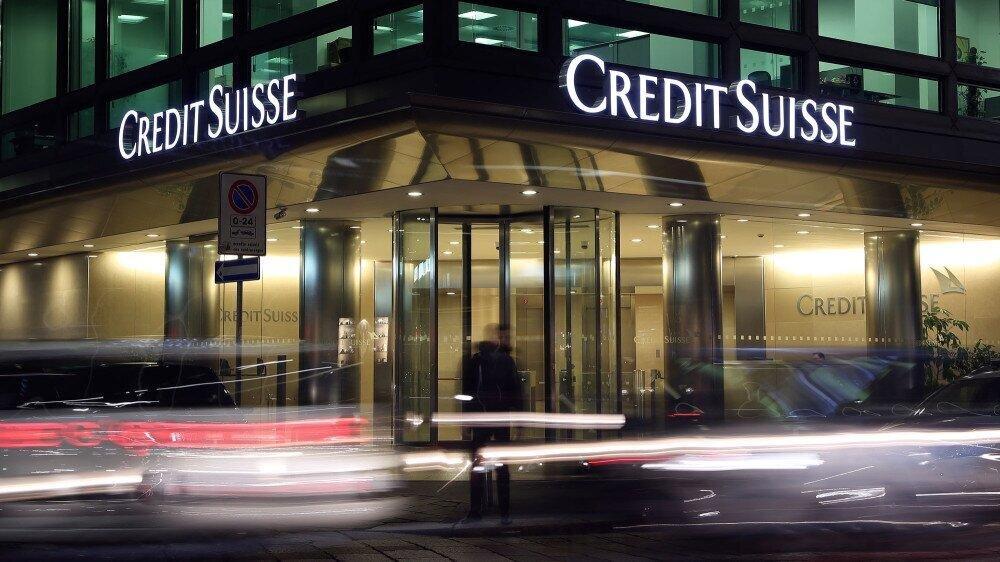 Switzerland's financial watchdog said Monday it was in contact with Credit Suisse, which “strongly” rejected the allegations of wrongdoing after dozens of media outlets published results of new cross-border, Panama Papers-style investigations into a leak of data on thousands of accounts held at the bank in past decades, Daily Sabah reports with reference to Agencies.

The investigation, which broke Sunday, was coordinated by the Organized Crime and Corruption Reporting Project (OCCRP) and involved 48 different media outlets worldwide including France's Le Monde and The Guardian in Britain.

Dubbed "Suisse Secrets" by the OCCRP, the inquiry began when an anonymous source shared bank data with the German newspaper Suddeutsche Zeitung more than a year ago.

Among the allegations were accusations that the bank's clients included criminals, dictators, human rights abusers and businesspeople who had been placed under sanctions.

Credit Suisse rejected the "allegations and insinuations", saying in a statement that many of the issues raised were historical, some dating back more than 70 years.

The leak included information on more than 18,000 bank accounts dating back to the 1940s and up to the end of the 2010 decade, said the OCCRP. It was the largest leak ever from a major Swiss bank, it added.

"We are aware of the articles," a spokesperson for the Swiss Financial Market Supervisory Authority (FINMA) told Reuters.

"Compliance with money laundering regulations has been a focus of our supervisory activities for years now," FINMA added.

The New York Times said the accounts collectively held more than $100 billion at their highest point. The sums held in accounts identified as problematic amount to more than $8 billion in assets, the investigation found.

The German daily Sueddeutsche Zeitung said it received the data anonymously through a secure digital mailbox over a year ago. It said it's unclear whether the source was an individual or a group, and the newspaper didn't make any payment or promises.

It said the data points to the bank having accepted “corrupt autocrats, suspected war criminals and human traffickers, drug dealers and other criminals” as customers.

The media outlets analyzed the leaked data from 30,000 Credit Suisse clients from all over the world.

The accounts included those held by a human trafficker in the Philippines, a Hong Kong stock exchange boss jailed for bribery, a billionaire who ordered the murder of his Lebanese pop star girlfriend and executives who looted Venezuela’s state oil company, as well as corrupt politicians from Egypt to Ukraine.

Shares in Credit Suisse, which had already been under pressure after a series of risk-management scandals and a 1.6 billion Swiss franc loss in 2021, pared initial losses to trade marginally lower in early trading.

"For CS, even if the allegations are unfounded, this raises questions about its business practices in wealth management and should tie up management having to spend time fighting fires instead of moving forward," RBC analysts said.

"Credit Suisse strongly rejects the allegations and insinuations about the bank's purported business practices," the bank said in a statement issued on Sunday night in response to the consortium's reports.

It said the matters presented are “predominantly historical” and that “the accounts of these matters are based on partial, inaccurate, or selective information taken out of context, resulting in tendentious interpretations of the bank’s business conduct.”

The bank said it had received "numerous inquiries" from the consortium in the past three weeks and reviewed many of the accounts in question.

It said it had reviewed a large number of accounts potentially associated with the allegations, and about 90% of them “are today closed or were in the process of closure prior to receipt of the press inquiries, of which over 60% were closed before 2015.”

"Of the remaining active accounts, we are comfortable that appropriate due diligence, reviews and other control-related steps were taken in line with our current framework. We will continue to analyze the matters and take additional steps if necessary."

The OCCRP, in a statement on its website, said: "We believe the dozens of examples we have cited raise serious questions about Credit Suisse's effectiveness and commitment to meeting its responsibilities."

It said the investigation had found dozens of "dubious characters" in the data, including some linked to government officials.

Among those listed as holding accounts with Credit Suisse were the sons of Egypt's former autocratic President Hosni Mubarak and Jordan's King Abdullah II.

When asked why so many of these accounts existed, current and former Credit Suisse employees described a work culture that incentivised taking on risk to maximise profits, according to OCCRP.

"I've too often seen criminals and corrupt politicians who can afford to keep on doing business as usual, no matter what the circumstances, because they have the certainty that their ill-gotten gains will be kept safe and always within their reach," said Paul Radu, OCCRP co-founder, in a statement.

Switzerland has sought in recent years to shed its image as a haven for tax evasion, money laundering and the embezzlement of government funds, practices carried out through the misuse of its banking secrecy policies. But those laws still draw criticism.

The Sueddeutsche Zeitung published an excerpt from a statement by the source of the leak.

“I believe that Swiss banking secrecy laws are immoral," it said. “The pretext of protecting financial privacy is merely a fig leaf covering the shameful role of Swiss banks as collaborators of tax evaders.”

The international investigation is the latest in a series of setbacks that Credit Suisse has suffered recently.

In March 2021, the bank was hit by the collapse of Greensill Capital in which it had committed some $10 billion through four funds. The implosion of the U.S. fund Archegos cost it more than $5 billion.

And in Switzerland, a former Credit Suisse employee is among the defendants in a major corruption trial that has just started and involves alleged money laundering and organized crime in Bulgaria. The bank has said it will "defend itself vigorously in court."

Experts say draconian banking secrecy laws in Switzerland effectively silence insiders or journalists who may want to expose wrongdoing within a Swiss bank, according to OCCRP.

A Swiss media group was unable to participate in the investigation due to the risk of criminal prosecution, the organization said.