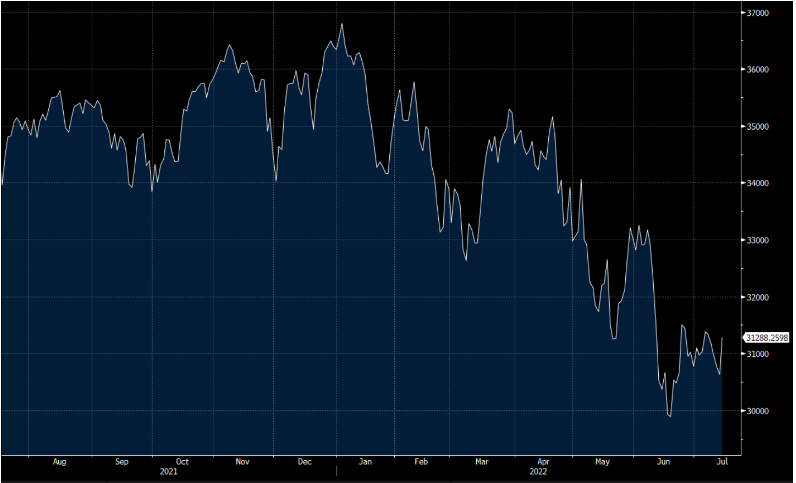 Galt&Tggart publishes Global Markets Weekly Update. According to the document, stocks finished sharply higher on Friday in USA, snapping a five-day losing streak thanks in part to stronger than expected retail sales data and a moderation in inflation expectations. Financial stocks paced Friday's gains, with Citigroup surging 13% as it reported the best second-quarter results of any big bank so far. Meanwhile, comments from the president of the Atlanta Federal Reserve indicated that he likely would not support a potential 1% point rate hike at the central bank's upcoming policy meetings. But Friday's rally still was not enough to overcome red days earlier in the week, leaving the three major market indexes with weekly losses of 1.6% for the Nasdaq, 0.9% for the S&P 500 and 0.2% for the Dow.