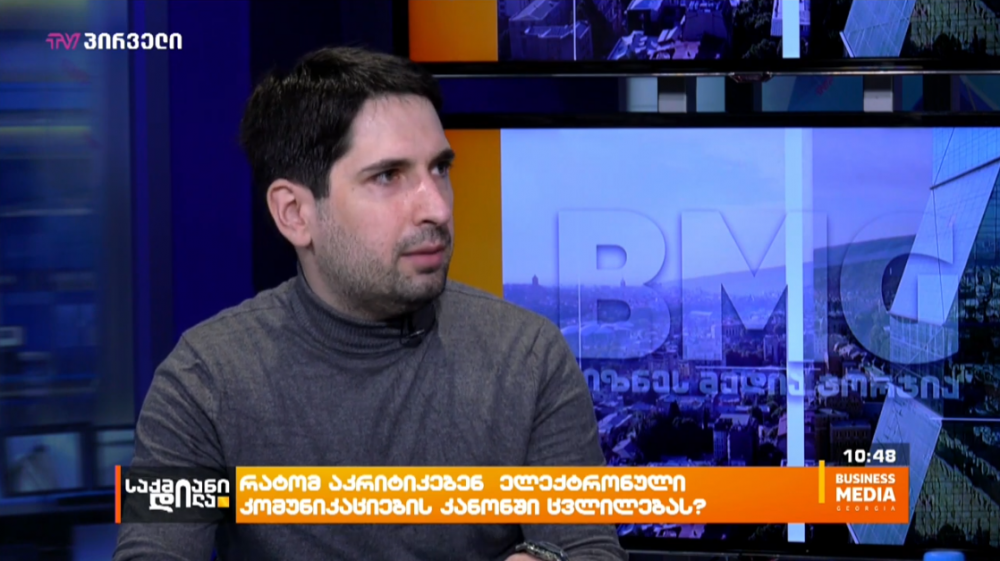 David Zedelashvili law professor at the 'University of Georgia' told BMG that Georgian Communications regulator falsely claims that they have a right to impose sanctions over Caucasus Online because the new owner of the company did not comply with its rules. Zedelashvili explains that the transaction between NEQSOL Holding and the former owner of the Caucasus Online was registered overseas by the foreign companies and the Georgian regulator does not have an authority and jurisdiction on this transaction. In spite of this fact GNCC has appointed a special manager in the company.

“A special manager has been appointed in the company to reverse this transaction. From the beginning it seemed that this goal was impossible to achieve. The regulator is demanding the reversal of the transaction, a transaction over which they have no jurisdiction. This disputed transaction was not carried out within the jurisdiction of Georgia, moreover, if we look at the Georgian legislation on electronic communications, this transaction is not subject to merger and acquisition control at all,”- Zedelashvili explains.

According to David Zedelashvili, the controversial amendments that were made to the law last year and gave GNCC rights to appoint special managers in communications companies have dramatically worsened the property rights and media freedom in Georgia. The new law was criticized by the Venice commission which in its March 20 decision urged Georgian government to amend and change problematic clauses in the communications law.

“The special manager is given the broadest authority over the company, resulting in very serious interference with property rights, such as reorganization, signing the contracts, making decisions on appointments and salaries etc.

As a result, the Venice Commission said this law has created significant systemic threats to property rights to the rule of law and media freedom,”- Zedelashvili noted.

Neqsol Holding, currently owns a 100% stake in the parent company of Caucasus Online. According to the company they received blessings for the deal during the meetings with Georgian officials prior to the transaction with which NEQSOL acquired Caucasus Online.

NEQSOL Holding also states that as the transaction happened outside Georgian jurisdiction in BVI, no formal approval from the GNCC was actually required. Teymur Taghiev, the Head of Strategy at NEQSOL Holding's stated this to BMG. In the interview Taghiev also noted that NEQSOL Holding in 2019 paid $61 mln for the whole 100% of the shares of Caucasus Online, with immediate acquisition of 49% and a call option for the remaining 51%. According to the head of strategy at NEQSOL, Teymur Taghiyev, the call option for this 51% was exercised in August 2020, following the unpreceded attack launched by the GNCC on the company and resulting in the heavily criticized amendments to the Communication Law pushed by the GNCC and allowing the regulator to appoint a Special Manager with almost unlimited authorities.

The process is currently being studied by an international arbitration tribunal with the World Bank (ICSID). Trials are underway in Georgia as well.