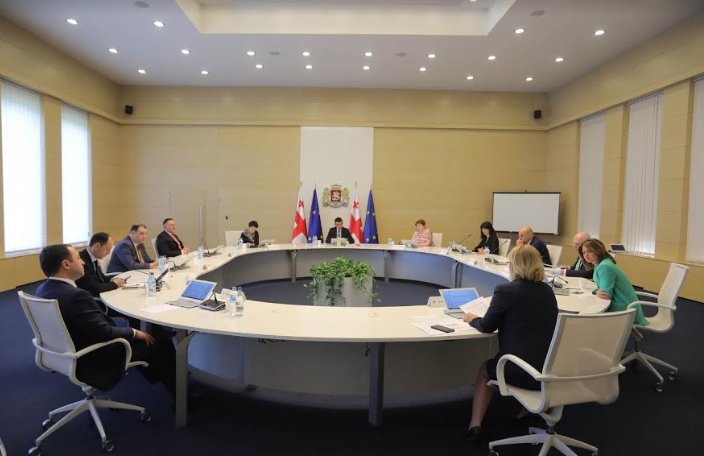 However, before closing the program for self-employed persons we made the decision to approve the requests of the remaining 80,000 citizens who failed to fully meet the documentation requirements, and to provide them with the 300 GEL in one-time assistance. Georgian Prime Minister Giorgi Gakharia made this statement during the session of the government, which took place today.

According to the Prime Minister, the government has developed the next phase – Phase III – of the Anti-Crisis Plan in order to take care of the citizens and provide them with social support.

"Before moving on to concrete steps related to the third stage of the provision of extensive social support to our citizens during the economic crisis, I would like to close one transitional component today, and to conclude this program. This concerns support for self-employed persons. We launched this program several months ago. Up to 250,000 citizens applied to the Government of Georgia with a request for one-time assistance for self-employed persons amounting to 300 GEL during this period. Of course, everyone received this assistance – the 170,000 citizens who had fully completed the relevant documentation, and whose documentation fully met the requirements of the ordinance of government. However, before moving on to the second stage today and concluding the program on the support of self-employed persons, we made the decision to approve the requests of the remaining 80,000 citizens who failed to fully meet the documentation requirements, and to provide them with 300 GEL in one-time assistance. With this, the program on the provision of one-time assistance to self-employed persons will end. All other programs that provided social assistance to our citizens, be it [support for] persons who have lost their jobs, persons with disabilities, large families – all of this will continue, and will do so for the appropriate duration. As a result, we are concluding the second phase with the fact that every self-employed person who applied to the government – and this amounts to 250,000 people – will receive these funds without delay, by September," the head of the government noted.

The Prime Minister noted that no government of Georgia has remembered self-employed persons during any crisis.

"Support has never been provided to self-employed persons in this country. No government of Georgia has remembered self-employed persons during any crisis. We allocated 300 GEL for the purpose of providing one-time support to our self-employed persons and, additionally, there were specific areas of assistance – 600 GEL for persons with disabilities, large families, by way of providing 100 GEL per month in assistance. However, it soon became clear that this too was not enough. We have always said that this could be a severe and long-lasting crisis, and that the Georgian Government, given its meager economic resources, will do everything to assist every Georgian family, and we must continue to take these steps today," the Prime Minister stated.
During today's session of the government, Giorgi Gakharia spoke about the measures implemented so far within the framework of the Anti-Crisis Plan, noting that from the very beginning, the struggle was waged on two fronts – those of human life and health, and the social situation of the citizens.

"We can state, as a fact, that our Anti-Crisis Plan was a success in terms of virus management and today, it can be said that Georgia is in control of the risks pertaining to the spread of the epidemic. It is also clear, however, that the virus has not gone anywhere – we all understand this well, and we see numerous countries struggling with the challenges stemming from the virus. From the outset, we have been saying that our main goal is to fight and win on two fronts. First of all, of course, this concerns the health and the lives of our citizens, and, of course, there is also the economic crisis and the social situation of our citizens. From the very beginning, during the first stage, we announced a specific plan on social assistance, which included, as you can recall, the compensation of utility bills by the state. 1.2 million families in Georgia have benefited from this program. Then, we took the following step in addition – this was the component of debt deferral for 600,000 of our citizens. Furthermore, following the identification of the most affected economic sector, which was tourism, concrete steps were taken in terms of providing the sector with direct support. This was the first stage of the Anti-Crisis Plan; however, it soon became clear that this was a drop in the ocean and, of course, it would not have satisfied our citizens as it was not enough. After that, the extensive social assistance program was launched, which aimed to provide support to everyone who officially lost their jobs and the support provided to them, as you may recall, amounted to 1,200 GEL over a period of six months," the head of the government stated.