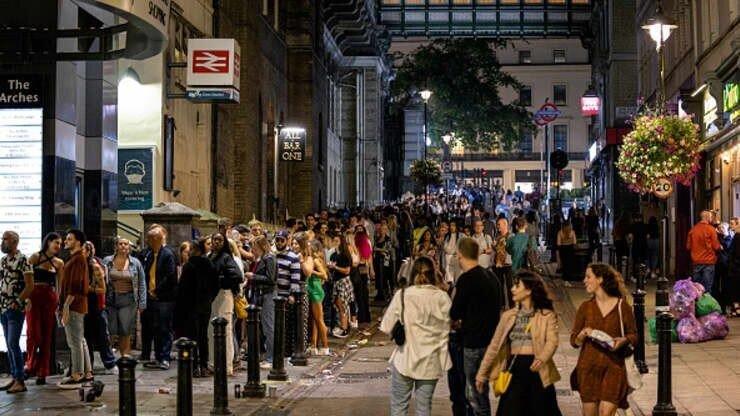 England’s relaxation of Covid-19 restrictions is risking the emergence of new, potentially more dangerous variants of the virus, scientists have warned.

England lifted most of it last remaining restrictions on July 19, including mandatory mask-wearing and social distancing. Scotland, Wales and Northern Ireland still have some restrictions in place.

However, the reopening policy has been publicly criticized by a consortium of more than 1,200 scientists from around the world.

One concern is around the possible consequences of unlocking society amid high infection rates and a partially vaccinated population, and how unrestricted mixing under those circumstances could shape the way the virus evolves.

“If I were to design a massive experiment to create a more dangerous virus, one that is capable of blasting through our vaccines, I would do what the U.K. is proposing to do,” Michael Haseltine, a U.S. virologist and chair and president of ACCESS Health International, told news show Good Morning Britain on so-called “Freedom Day”.

“Half the population vaccinated in the midst of a rampant pandemic, which would allow the virus to learn how to avoid our vaccines. That’s what I would do, and the rest of the world is justifiably concerned.”

Each time a person is infected with Covid-19, they go from having a few copies of the virus to hundreds of thousands or even tens of millions of copies in their system. When the virus makes a copy of itself, there’s a chance it might make a mistake in the new copy that could inadvertently give the virus an advantage.

“You’re rolling the dice every time someone’s infected,” Charlotte Houldcroft, a scientist working on virus evolution at the University of Cambridge, told CNBC via telephone.