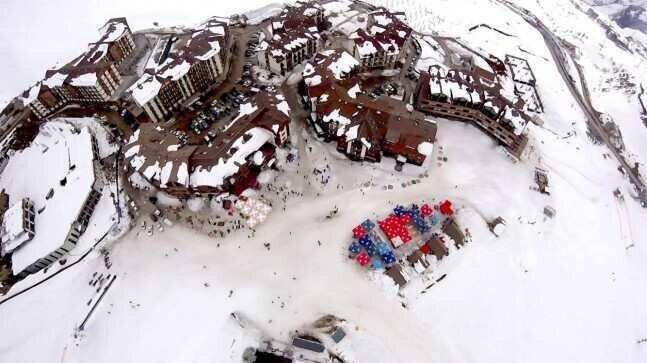 Holders of RED-CO Apartments in Gudauri hold a rally near RED-CO office in Tbilisi and they are planning to move to Water Supply Company.

Khatia Narsavidze, one of the participants of the rally told BM.GE, that they had not received a specific answer when the water supply would be restored.

“The main requirement is to answer when the water supply will be restored. No one does anything and no one pays attention to us. On December 31, water supply was cut off. Then there was the muddy water and even people were poisoned”, says Khatia Narsavidze.

According to her, the problem is not solved and the Water Supply Company has announced one-week deadline in the telephone conversation.

To note, United Water Supply Company released a statement a few hours ago stating that experts suggest that water supply will be restored in a few hours.

“We do not believe their statements, similar statements were released yesterday; when they say that the problem will be resolved in a few hours, it means that technical water will be supplied from the Aragvi, which is dangerous. You can’t drink this water and even wash the dishes "-, says Khatia Narsavidze.